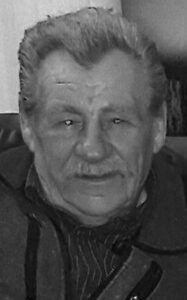 He was predeceased by his parents Friedrich and Frieda Busse of Vauxhall, AB.

Harry enjoyed fishing, coffee with friends, a “sweet tooth” with his friends and collecting unique curios from his travels. He was a longstanding member of the International Union of Operating Engineers for over 50 years. He took pride in “running crane”, and worked on numerous oil and gas construction projects throughout AB. Before retiring at 64, Harry finished his last “gig” on the oil sands in Fort Mac, AB. In addition to this, he also worked as an independent gravel truck operator.

Flowers are gratefully declined. For those who wish memorial donations may be made to the Lethbridge and District Humane Society, 2920 16 Ave N, Lethbridge, AB T1H 5E9.

Due to current Alberta guidelines regarding COVID-19, a Celebration of Life will be held at a later date.