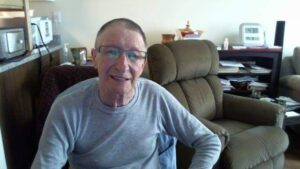 During high school Terry got the opportunity to apprentice as a mechanic which began a lifelong career. He eventually opened his own business Expertune Automotive.

Terry moved his family to Chilliwack and after Ann passed away Terry moved to Penticton.

Terry is survived by his son Wade of Penticton, his grandchildren Samantha Hillier, Austin, and Sydney Allen of Chilliwack.

His brothers Dennis (Dee) of Calgary, Dave of Barons, Tom of Calgary, and sister Kerry (Pat) Middleton of Lethbridge.