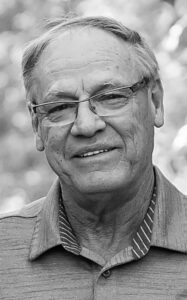 Mr. William “Bill” Goruk of Lethbridge, beloved husband of the late Mrs. Linda Goruk, passed away at Chinook Regional Hospital on Monday January 25, 2021 at the age of 71 years.

Bill was born in Taber, Alberta on August 22, 1949. After childhood Bill moved to Lethbridge where he spent over 25 years working for Dairyland (Alpha) Milk. Bill spent the second half of his career working for Sunnyrose Cheese in Diamond City. During his retirement Bill enjoyed golfing, fishing, walking, and sharing coffee with friends. Bill also loved visiting and spoiling his children Christopher (Carly) Goruk, Gina (Brian) Nelis, and his 3 grandchildren Logan, Lindon, and Adalynn.

Bill was predeceased by Linda, his wife of 30 years whom passed in 2012, as well as his by his parents Jack and Frances Goruk.

A private family Prayer Vigil will be held at 7:00 pm on Monday, February 1, 2021. The family invites those who wish to watch the service via livestream at https://www.mbfunerals.com/obituary/WilliamBill-Goruk . Please scroll to the bottom of Bill’s obituary to find the link.

A private family Funeral Mass will be held at 10:00 am on February 2, 2021 at ST. MARTHA’S ROMAN CATHOLIC PARISH with Father William Monis, celebrant. The family invites those who wish to watch the service via livestream at https://www.mbfunerals.com/obituary/WilliamBill-Goruk. Please scroll to the bottom of Bill’s obituary to find the link.

One Condolence for “GORUK, Bill”