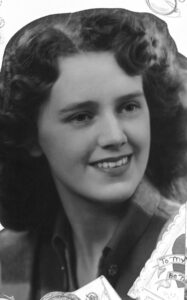 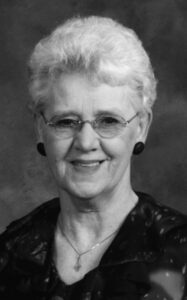 It is with tremendous sadness that we announce the passing of Doris Fay Redel (nee Jasman) at the age of 91 years. She passed away at the St Michael’s Health Centre in Lethbridge on Thursday, January 28, 2021 after a short stay.

Doris was an exceptional woman, who met all challenges in life with dignity and grace.

Doris was born on December 23, 1929 in Burdett, Alberta and grew up on the family’s prairie homestead. The eldest of five children, she developed a strong passion for education and quest for knowledge from a young age.

A talented student, Doris was awarded the Governor General’s medal in Grade 9 (highest marks in provincial exams for the local school district). After graduating from Bow Island High School in 1948, Doris received a scholarship for a year of teacher’s training in Calgary.

When she was just 19, Doris started her teaching career at a one-room school in Conquerville, Alberta, and later taught different grades in various schools in Taber and area (Barnwell, Central Elementary, and St Mary’s High School). A life-long learner, Doris continued to take summer and evening classes, even mastering braille to tutor her neighbour/student. She had an indelible impact on the lives on countless students, through her years of teaching and work as a school librarian.

Doris married George Redel in 1950 and they settled on the family farm near Taber. Life was often difficult, raising four children on a limited income without modern conveniences while teaching full time. Even though Doris retired in 1986, this did not deter her continued interest in education, and she led adult Bible study classes and book groups. She also volunteered her numerous skills to benefit her community and launched her most enjoyable career as “Nana” with the arrival of her beloved grandchildren.

Doris was remarkably creative, producing innumerable sewing, knitting, cross stitch and other special projects over the years, such as elaborate Halloween costumes and “tickle trunks” for her grandchildren. She was also a self-taught but talented cook and baker, taking pride in preparing her family’s favourite foods when they visited.

Doris was a dedicated member of the United Church in Taber, Fort McLeod and most recently, McKillop United in Lethbridge. She was a strong alto in church choirs for 65 years, passing along her love of singing to her family. While learning nourished her mind, she often remarked that “music fed her soul”.

Despite her humble beginnings, Doris’ inquisitiveness about the world and current events led her on many adventures, cruises, and travel within Canada and abroad to visit her peripatetic children. She went around the globe twice and enjoyed seeing the Taj Mahal and other wonders of the world. Her interest in the education of girls and the plight of those less fortunate, resulted in Doris’ giving her time and talents to a variety of causes, including as a founding member of the Harambee Grandmas in Lethbridge.

With a deep well of love and caring, Doris set an example for her family and friends to be the best versions of themselves each and every day… even if just solving the New York Times crossword, or being the nightly in-house Jeopardy champion.

Proudly independent, Doris lived in her own home until her passing, and drove her red PT Cruiser until last spring.

Doris will be missed greatly, and her legacy will live on through all those who knew and loved her.

In honour of Doris, please do something kind for someone else.

Doris was predeceased by her husband George Redel in 1999, and her parents Harry and Gladys Jasman. She is survived by her cherished children David (Karen Murray) of Edmonton, Sheila of Nanaimo, B.C, Rick of Lethbridge and Shannon (Blair Fraser) of Calgary.

She is also survived by five grandchildren: Adria (Brandon Ceulemans), Wyatt (Liddy Pay) and Scott Fraser all of Calgary, Emily Redel of Cochrane and Jordan Redel of Lethbridge, and her treasured great-grandson Owen Ceulemans.

A private Funeral Service will take place at 11:00 am on Friday, February 5, 2021. The family invites those who wish to watch Doris’ service via livestream by going to https://www.mbfunerals.com/obituary/Doris-Redel and scrolling to the bottom of the page. The link will be available at 10:45 am.

One Condolence for “REDEL, Doris”