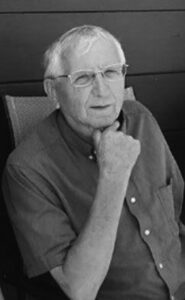 LAWRENCE CHERNESKI passed peacefully at the Taber Hospital on the morning of Tuesday, February 9, 2021, at the age of 78.

“The day I am not working is the day I die.” True to his word, Dad; Lawrence Cherneski, continued to work until his cancer journey ended and he was reunited with Marg. Lawrence was born at home on the family farm, near the town of Ranfurly, AB, on August 10, 1942. He grew up between the two family farms with his 8 siblings: Sally, Betty, Francis, Katie, Ed, Nellie and Eileen (Lillian passed away before his birth). From a very young age, Lawrence worked on the family farm and moved onto many different jobs starting in his teen years that included: gas attendant, medic in a logging camp, power lines, National Parks, highway department, and controller in a trucking company, which involved travel across Canada. Lawrence also engaged in furthering his education, earning his CPA certification. Lawrence met the love of his life Margaret (nee Price) and the two were married July, 3, 1965. The couple resided in Edmonton and when they decided to start the next generation, and not wanting to be away with work travel obligations, they settled in Taber, 1967, on the family farm. Lawrence farmed and ranched for over 20 years before “retiring” and starting his own trucking company that he ran until the end. As a father, he was always supportive of his daughters: 4-H, sporting and various youth groups. Lawrence and Marg were always present at all events and often provided transportation to entire teams. Along with his wife, he founded and ran a youth group in Taber that impacted many young lives. Lawrence also served his community: offering his time to several boards and organizations including church, politics, historical society and financial institutions. When grandchildren arrived, he renewed his supporting role in all their activities by becoming their biggest fan and greatest supporter. Lawrence was predeceased by his beloved wife Margaret (nee Price). He leaves behind to carry on his legacy: Susan (Cam) Cleland, Laura (Robyn) Darichuk and Nancy (Terry) Wegener. His grandchildren Colyn, Sydney & Carson Cleland, Carmen & Lyndsey Darichuk and Jessica & Cody Wegener also celebrate his life and his influence. He will also be remembered by extended family and friends whom he thought the world of. The family would like to thank Dr. Torrie, Dr. Smuts and the staff of the Taber Hospital and Home Care for their care, kindness and compassion throughout this journey. In lieu of flowers donations in Lawrence’s name can be made to a Youth Organization of your choice. “Death ends a life, not a relationship.” Mitch Albom, Tuesdays with Morrie