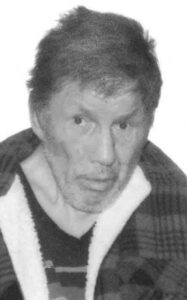 PHILLIP MAURICE (BILLY) passed away on March 11, 2021 in Lethbridge, AB at the age of 70 years. Billy was born on March 7, 1951 to Ben & Annie Brewer. Billy was born with Special needs and was unable to communicate through speech and the doctors expressed concern that he will also never walk. Billy was so loved by his parents, siblings and cousins that his disability never bothered anyone and he was always included in their play. Billy learned the Blackfoot language as it was always spoken to him at home, he learned to communicate his emotions and opinions through gestures and eventually exceed the doctors expectations and became fully mobile when he began walking. Phillip (Billy) grew up at the family homestead and was always in the company of his dog “Blackie”. In his early years he started a stuffed animal collection and would often get upset if the little ones touched any of them. He also loved catalogues and magazine and to the dismay of many he would hide the Sears catalog from everyone! As he spent his days alone with Mamma he would build forts and to cozy up in peace and quiet. As he grew he would mimic the actions of his older brothers as they worked on the planting and harvesting; he’d run alongside the tractor during planting and try to keep up and in the music he enjoyed from brother Hugh and Wilbert and would often be heard singing along to country and rock n roll! Billy, in his own sweet way, flirted with his sister-in-law Veronica and the minute he heard his brother Ray’s name he would quickly scramble away out of sight!

In 1964, the federal nurse from the government recommended that he be institutionalized and he was sent to the Michener Centre, in Red Deer, Alberta. He spent 15 years in this institution which was a home of horrors for the mentally disabled. He left not knowing English, was refused home visits and was physically, emotionally and spiritually marred by this place. This trauma was devastating as he also became more aggressive from being there. His older sister Nora, began a mission to save her brother from this institution and lobbied for many years to have him removed from the torturous living there. Her actions were successful and he was moved home until she found an adequate group home, whose compassionate care for individuals helped restore Billy back to a human being again. He spent several years in these types of group homes until he was re-located to his own private residence in Cochrane, Alberta under the Community Living Alternative Program. It was through this journey that he had made a lifelong friend in his roommate Scott, as well as all his excellent Community Support Staff: Krystin, Martin, Zachary, Ben, Grace, & Mike. Scott had been with Billy for over 25 years in many programs so it was only natural that they became paired off in their own home, Scott was blind and a mute, so Billy had always took him under his care and helped to look after him which made them inseparable. It was in 2018 that Billy’s health became compromised, and his need for respite care became a necessity. He moved from Cochrane to the Edith Cavell Centre, in 2019 and remained there until his passing. Much Heartfelt Appreciation and Thanks to: Cochrane Lake Homes/Community Living Alternative Services for the excellent care and compassionate care over the years; Staff Ben McGonical; Krysten Vekved; Chauffer Martin Alube; Zachary Vance; Grace Izabilliza, Mike Saretky and the Music & Art Teachers; and lastly: to the awesome staff at Edith Cavell Centre for making Billy’s last year’s comfortable.

To send a condolence or Watch the Funeral please visit