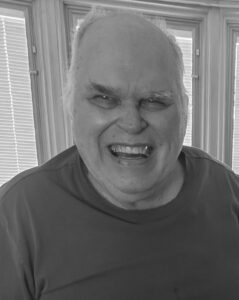 VAN DEURZEN
Albert Van Deurzen, beloved husband of Faye (nee Goeson), passed away at home on December 3, 2022 at the age of 80. Albert was a good and loving husband and father. He is survived by his wife, Faye, daughters Nancy
(Jamie) and Amy, as well as brothers John (Myrna), Gerard (Jean), Frank (Marlene), and Tony, and sister Wija of the Netherlands. He is also survived by numerous nieces and nephews.
Albert was born July 15, 1942 in the Netherlands and came to Canada with his family in May 1953. He grew up in Barnwell and Lethbridge, and worked on a sugar beet farm in his early teens. Later he worked for the PFRA, Purity Dairy and farmed with his brothers near Lethbridge. He and Faye married on July 1, 1972 and moved to Tyrell Lake (Warner) in 1973. From 1978-1992 Albert farmed/ranched south of Raymond on the Milk River ridge. He and his family moved to Lethbridge in 1992 where he worked in the dairy/beef section of the Agriculture Canada Research Centre and drove semi-trailer trucks until 2002. Since then he contended with Type 2 diabetes and heart and kidney problems. Albert always worked hard at any job he did. One of his favourite pastimes was watching various sporting events on TV particularly football, basketball, hockey and soccer if the Netherlands were playing. Albert also loved animals especially cows, horses and dogs which were a large part of his life throughout his farming career and even afterwards.
Albert was predeceased by his parents Hubertha and Antonius; his sisters Mary and Tonni (brother-in-law Albin), and brothers Joe and Cor (Carol).
At Albert’s request no funeral will be held. Cremation. Martin Brothers are in charge of arrangements. A viewing with the family is open to family and friends on Thursday, December 8th from 5:00-8:00 pm at Martin Brothers Funeral Chapel at 610 4th St S.
In lieu of flowers, please donate to the Diabetes Foundation or the Heart and Stroke Foundation.

One Condolence for “VAN DEURZEN, Albert”