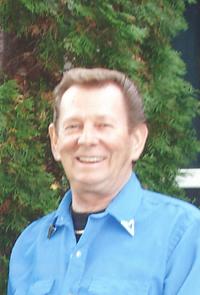 Mr. Walter William Gallup, beloved husband of Mrs. Ruby Gallup of Medicine Hat, passed away on Saturday, September 1st, 2012 at the age of 68 years. Walter also leaves to cherish his memory his two daughters, Sherry (Dale) Heino of Lethbridge and Kim (Bryce) Penner of Medicine Hat; two grandchildren, Tanner and Emersyn Penner; one sister, Darlene (John) Moore of Airdrie; as well as numerous in-laws, cousins, nieces and nephews. Walter was predeceased by his parents, Ernie and Kathy Gallup; and one brother, Ed Gallup. Walter was born on December 1st, 1943 in Medicine Hat where he was raised and graduated from Medicine Hat High School. He attended SAIT and became an electrician working in Medicine Hat for 48 years. Walter loved music and was an avid drummer who played in various bands throughout the years. His signature song was Long Tall Texan of which he had many versions. Walter also enjoyed camping, fishing, playing pool and darts, cooking, and the company of his family and friends, especially his children and grandchildren. Memories of Walter will be treasured by all those who knew and loved him. Family and Friends are invited to share in a TIME OF FELLOWSHIP in remembrance of Walter to be held at the ELKS CLUB, 305 – 3rd Street NW, on Thursday, September 6th, 2012 from 2:00 to 4:00 p.m. A Private Graveside Service will be held at Hillside Cemetery, 10th Avenue & Gershaw Drive SW, on Thursday, September 6th, 2012 with Gary W. Goran officiating. Memorial gifts in Walter’s memory may be made to the Canadian Cancer Society, 102 – 1865 Dunmore Road SE, Medicine Hat, Alberta, T1A 1Z8, or to the Margery E. Yuill Cancer Centre, 666 – 5th Street SW, Medicine Hat, Alberta, T1A 4H6. Condolences may be sent through www.saamis.com www.gonebutnotforgotten.ca condolences@saamis.com subject heading Walter Gallup. Funeral arrangements are entrusted to SAAMIS MEMORIAL FUNERAL CHAPEL AND CREMATORIUM, “The Chapel in the Park”, locally owned and directed. Should you wish any additional information, please telephone 528-2599.