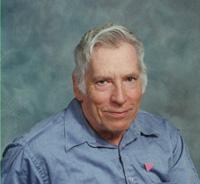 Charles “Charlie” Raymond Thompson went to be with the Lord on Friday, September 7, 2012, at the age of 72 years. He leaves to cherish his memory his brothers, Bill (Carol) Thompson and Don Thompson, both of Medicine Hat; his four sisters, Doris (Bernard) Bolig and Sandy (Stan) Wilson, both of Medicine Hat, Cindy (Bill) Pearson of Redcliff and Susan (Mike) Williams of Edmonton as well as numerous nieces and nephews. He was predeceased by his parents, George and Leona Thompson; his brother, Bobby Thompson and one niece, Lisa Wilson. Charlie was born on April 1, 1940 in Medicine Hat and lived on a prairie farm north of Bow Island until 1949 when the family moved to town. He took all of his schooling in Bow Island and then went to work with Milton Mack as an electrician. Later, Charlie became a janitor for the Gershaw School for a few years then moved to Medicine Hat to continue his janitorial work until his retirement. Charlie received the Golden Apple Award for his work in the church and the Golden Hero’s Award for his services in the Veiner Center. He was always ready and willing to help anyone in need. Safe in the arms of Jesus. The funeral service will be held in the Westminister United Church (101 6th Street SE) on Wednesday, September 12, 2012 at 2:00 p.m. with Rev. Leroy Angle officiating. Interment will follow in the Hillside Cemetery. In lieu of flowers, as an expression of sympathy donations may be made to the Westminister United Church or the charity of your choice. To e-mail an expression of sympathy, please direct it to: pattfh@telusplanet.net subject heading: Charles Thompson, or you may visit www.gonebutnotforgotten.ca and leave a message of condolence. Funeral Arrangements are by the PATTISON FUNERAL HOME AND CREMATORIUM 540 South Railway St. SE, Medicine Hat T1A 4C2

No Condolences for “THOMPSON”