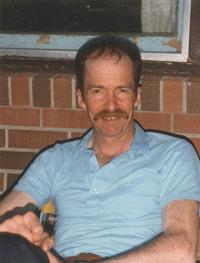 Mr. G. R. “Dick” McKinley, beloved husband of Mrs. Laurie McKinley of Medicine Hat, passed away on Saturday, September 15th, 2012 at the age of 67 years. Dick leaves to cherish his memory his wife, Laurie; son, Alan McKinley; daughter, Kristine (Jason Fuerst) McKinley, both of Medicine Hat; sister-in-law, Karen (Bob) Zmurchyk and their children, Michael Zmurchyk, Kate Andrews and Mathew Zmurchyk and families; uncle, Baxter (Beth) McKinley, their daughters, Carol McKinley, Kathy Beaudreau and Barbara McKinley and families; cousins, Sandra Piscetello and Lindsay Tucker and families, David, Jim and Ross McKinley and families, Anne Maier and family and John Robertson, Lawson (Gladys) McKinley and family; brother, Warren (Kathy) McKinley and their daughter, Lisa Surber and family. Dick was predeceased by his parents, Guy and Mirial McKinley; parents-in-law, Stan and Marg James; one aunt, Jean (Rusty) Hansen; two uncles, Wilbert (Rose) McKinley and Bill McKinley; cousin, Mary Robertson; and cousin-in-law, Richard Piscetello; and many wonderful friends. Dick was born in Medicine Hat and was raised on the family ranch 5 miles south of Medicine Hat. He was homeschooled by his mom, a teacher, and then completed grades 7 – 12 in Medicine Hat. At the tender age of 16, Dick was off to the University of Alberta for his Agriculture Degree. He then returned home to do the only job he ever wanted; to be a Rancher. Dick married Laurie in 1974 and lived on the south location of the Ranch at Wisdom. In 1982 Dick and Laurie established Wisdom Ranching along with Alan, born in 1982 and Kris, born in 1986. Dick was diagnosed with Parkinson’s Disease at the very young age of 32. He adapted and adjusted over the years to deal with each new symptom as it came along. Dick tried many Parkinson prescriptions to try to keep the upper hand; quitting was never an option for him. The last 15 years have been especially difficult for Dick as Parkinson’s was starting to take control. We know he is now free of all physical limitation and riding the beautiful prairie grass he so respected and checking his beloved ranch. We wish to thank the staff of 6W for their compassion and excellent care of Dick, as well as Wayne Geary for his support and care with Dick. A Celebration of Dick’s Life and shared memories will be held in SOUTHSIDE EVENTS CENTRE, 4 Strachan Court SE, on Thursday, September 20th, 2012 at 2:00 to 4:00 p.m. In lieu of flowers, memorial gifts in Dick’s memory may be made to the Parkinson Alberta Society, 101 – 928 Allowance Avenue SE, Medicine Hat, Alberta, T1A 3G7. Condolences may be sent through www.saamis.com or www.gonebutnotforgotten.ca or to condolences@saamis.com subject heading Dick McKinley. Radio funeral announcement can be heard on Thursday around 12:35 p.m. on Power 93.7 fm. Funeral arrangements are entrusted to SAAMIS MEMORIAL FUNERAL CHAPEL AND CREMATORIUM, “The Chapel in the Park”, locally owned and directed. Should you wish any additional information, please telephone (403)528-2599