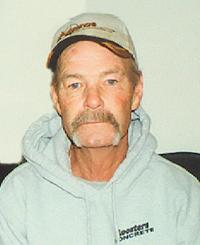 Phillip Joseph Kirwin of Medicine Hat, passed away on Monday, September 24, 2012, at the age of 57 years. He leaves to cherish his memory one son, Chay Kirwin (Kelli Coderre); one grandchild, Payton Kirwin; two brothers, Joe (Christine) and Bill (Denise); three sisters, Kathy (John) Benjamin, Paula (Marco) Hugen and Patricia Cowan; one sister-in-law, Sylvia. He was predeceased by his parent’s Sheila and Patrick Kirwin; Chay’s mom, Darlene Hirsch on December 24, 2003; one brother, Jerry and a brother-in-law, Mark Cowan. The funeral service will be held in the PATTISON CHAPEL on Thursday, September 27, 2012 at 1:00 p.m. with Life Celebrant, David Townsend. As an expression of sympathy donations may be made to the Canadian Cancer Society #102 Crestwood Square One, 1865 Dunmore Road SE, Medicine Hat, AB T1A 1Z8 . To e-mail an expression of sympathy, please direct it to: pattfh@telusplanet.net subject heading: Phillip Kirwin, or you may visit www.gonebutnotforgotten.ca and leave a message of condolence. Funeral Arrangements are by the PATTISON FUNERAL HOME AND CREMATORIUM 540 South Railway St. SE, Medicine Hat T1A 4C2

No Condolences for “KIRWIN”