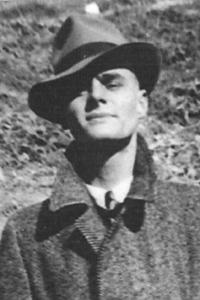 MR. EDWARD BAUMBACK of Medicine Hat, beloved husband of Mrs. Lillian Baumback, passed away peacefully after a lengthy illness, on Monday, September 24, 2012 at the age of 85 years.
Edward was born on January 12, 1927 in Red Deer, Alberta to Martha and Issac Baumback. The family moved to the Medicine Hat area where he met and married Lillian 59 years ago. Together they raised their family as well as ran their feedlot. Edward worked in road construction and trucking over the years. Edward enjoyed playing horseshoes and would often be found fishing.
Besides his loving wife Lillian, Edward is survived by his daughter Cheryl Kurze; sons Dale and Wade Baumback; grandchildren Luke Kurze and Paul Baumback; one great-grandchild Emilie Baumback; as well as numerous nieces, nephews and their families. Edward was predeceased by his parents Martha and Issac, stillborn daughter Karen, and numerous brothers and sisters.
A Graveside Service was held at the Hillside Cemetery in Medicine Hat, Alberta.
Flowers are gratefully declined. Those who wish, memorial donations may be made to a charity of one’s choice.
Funeral arrangements entrusted to Martin Brothers Funeral Chapels Ltd. 1-800-382-2901.
Send condolences at www.mbfunerals.com.