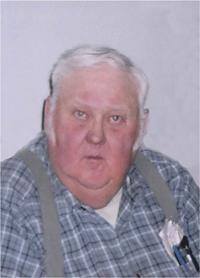 Arnold Zieffle passed away peacefully on Friday, October 12th, 2012 at his apartment in Medicine Hat the age of 71 years. Arnold leaves to cherish his memory his sister, Minnie (Herb) Krause of Dunmore; and four nieces, Yvonne (Vance) Krause-Kaglea of High River, Sherry (Ken) Kundert of Hilda, Susan (Blaine) Hudec of Jenner and Vianne (Tom) Herman of Hilda and their families. Arnold was predeceased by his parents, Joseph and Mathilda Zieffle. Arnold farmed and ranched and had various hobbies. He did some team roping, fishing, playing volleyball, cooking and gardening. Arnold loved his animals; cattle, horses, his dog and cats. He will be greatly missed by all his family and friends. Those wishing to pay their respects may do so at SAAMIS MEMORIAL FUNERAL CHAPEL, #1 Dunmore Road SE, on Wednesday, October 17th from 1:00 until 5:00 p.m. and from 7:00 until 9:00 p.m. and on Thursday, October 18th from 1:00 until 1:55 p.m. The Funeral Service will be held in SAAMIS MEMORIAL FUNERAL CHAPEL on Thursday, October 18th, 2012 at 2:00 p.m. with Reverend Barrett Scheske officiating. Interment will take place at Saamis Prairie View Cemetery. Memorial gifts in Arnold’s memory may be made to the Charity of One’s Choice. Condolences may be sent through www.saamis.com or www.gonebutnotforgotten.ca or to condolences@saamis.com subject heading Arnold Zieffle. Radio funeral announcement can be heard on Wednesday around 12:35 p.m. on Power 93.7 fm. Funeral arrangements are entrusted to SAAMIS MEMORIAL FUNERAL CHAPEL AND CREMATORIUM, “The Chapel in the Park”, locally owned and directed. Should you wish any additional information, please telephone (403)528-2599