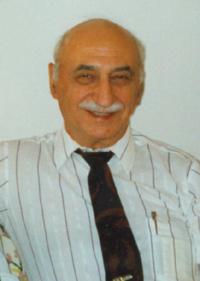 1922 – 2012
Manny Raber, beloved husband of Muriel Raber, passed away peacefully on Monday October 15, 2012 at the age of 89 years. He leaves to cherish his memory, daughter Surra Raber Vardi of Israel, Avy Raber of Harrison Hot Springs, B.C., Nadine Raber of Medicine Hat, Brian Raber of Kamloops, B.C. and predeceased by one daughter Maxine Raber. He also leaves five step-children, twenty nine grandchildren and fifteen great grandchildren. Manny was born to Max and Lena Raber in Burstall, Saskatchewan the youngest of six children. He was enlisted in the Royal Canadian Airforce in WWII, shot down and spent the remainder of the war in POW camps. Following the war he joined in the family clothing business “Rabers Departmental Store” downtown Medicine Hat where he was well respected by all customers and staff for over 50 years. Manny was active in the community with the Royal Canadian Legion, Kinsmen, Rotary Club and Commander of the Air Cadets for many years. He was an adventurous man, enjoying hunting and fishing, and always looked forward to the annual “River Rat” canoe trip. A graveside service will be held in the Jewish Section of the Hillside Cemetery on Wednesday, October 17, 2012 at 4:30 p.m. Those who wish to attend the service are asked to meet at the main gate to Hillside Cemetery at 4:15 p.m. Officers and members of the Royal Canadian Legion, Robertson Memorial Branch #17 will conduct a poppy service for their departed comrade. All are welcome to attend a reception at the Medicine Hat Golf and Country Club at 5:00 p.m., following the graveside service. As an expression of sympathy, donations may be made to the National Jewish Fund, trees for Israel at www.jnf.ca/treebank or to the charity of your choice. To e-mail an expression of sympathy, please direct it to: pattfh@telusplanet.net subject heading: Manny Raber, or you may visit www.gonebutnotforgotten.ca and leave a message of condolence. Funeral Arrangements are by the PATTISON FUNERAL HOME AND CREMATORIUM 540 South Railway St. SE, Medicine Hat T1A 4C2

No Condolences for “MANUEL RABER”