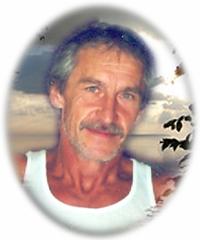 1947 ~ 2012
It is with sadness that the family of Donald (Don) Wutzke announce his passing at the Medicine Hat Regional Hospital on Monday, October 29, 2012, at the age of 65 years.  Don was born July 22, 1947 in Medicine Hat, a son to proud parents, Raymond and Marjorie Wutzke. Don was a gentle man; kind and loving father and grandfather who simply adored his grandchildren.  “Grandpa Cheers” will be deeply missed.  His memory will be cherished by his mother, Marjorie Wutzke;  his partner in life, Carol Weishaar;  children, Shay (Chad) Endo and their daughter, Abbey;  Matt Wutzke and his children, Brandon, Cambria and Parker;  Chad Wutzke (fiancée Jenna);  the mother of his children, Marilyn McGee;  sister, Carol (Dennis) Schlenker and their children, Corey and Randy, Kevin and Marla, Murray and Kelley as well as all his nieces and nephews. Special acknowledgement to Steve and Joan and family, lifelong best friends, Ken (Trudy) and Norman.  Thank you to Adolph and the staff at South Country Glass where Don was a dedicated employee.  Don was predeceased by his father, Raymond Wutzke in 2007.  Don’s life will be silently remembered at this time with a graveside service to be held at a later date.  (Condolences may be expressed by visiting www.cooksouthland.com)  Flowers are gratefully declined however,  memorial tributes in Don’s name may be made directly to the Palliative Care Society, 640 – 3rd Street S.E., Medicine Hat, Alberta, T1A 0H5 or to the Margery E. Yuill Cancer Centre, 666 – 5th Street S.W., Medicine Hat, Alberta, T1A 4H6. Honoured to serve the family is Cook Southland Funeral Chapel, 901 – 13th Street S.W.    Medicine Hat, Alberta   T1A 4V4  Phone 403-527-6455