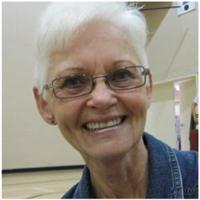 1945 ~ 2012
Judith Kathryn Sorum, 67 years, resident of Medicine Hat, Alberta went to her eternal home on Wednesday, December 5, 2012, after a year long battle with cancer.  Judy was born in Great Falls, Montana on November 5, 1945.  She was predeceased by her parents, Lionel and Margaret Gartzka. Judy is survived by her best friend and husband, Richard Sorum;   her son, David (Elisha) Sorum;  one brother, Frederick (Karen) Gartzka, as well as one sister, Patsy (David) Parchen.  She also leaves behind numerous  cherished nephews and nieces.  Note worthy are the special relationships with Elenor and Florente Robles as well as Shelli Crawford.  Judy enjoyed working at the Sheriff’s office in Great Falls, in the insurance business in Bozeman, Montana and she ran numerous diet centers.  Since 1984, she was involved with Youth With A Missions (YWAM). She has travelled multiple times to over 30 countries. Judy and Rick worked as missions trainers in many nations, often with Koreans.  Her love for Jesus and people is still  being communicated amongst the nations.  She will be remembered as a mother to many in the nations.  A Celebration of her life will be announced at a later date.
2 Timothy 4:6-8 (MSG.)  This is the only race worth running.  I’ve run hard right to the finish, believed all the way.  All that’s left now is the shouting-God’s applause!
(Condolences may be expressed by visiting www.cooksouthland.com)  Memorial donations may be made to YWAM (Attn: John Ross 901 – 3 Avenue S.W., Medicine Hat, Alberta, T1A 4Z2) (Condolences may be expressed by visiting www.cooksouthland.com)  Honoured to serve the family is Cook Southland Funeral Chapel, 901 – 13 Street S.W., Medicine Hat, Alberta, T1A 4V4.  Telephone:  403-527-6455.

No Condolences for “JUDITH SORUM”