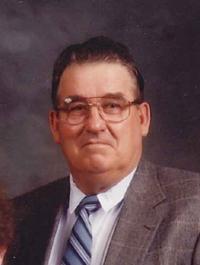 Mr. Donald “Don” Schreiber, beloved husband of Mrs. Lillian Schreiber of Medicine Hat, passed away on Saturday, December 15th, 2012 at the age of 78 years. Don also leaves to cherish his memory four children, Lynn (Donna) Schreiber, Cheryl (Kent) Friedt, Perry (Nadine) Schreiber and Harley (Monica) Schreiber; eleven grandchildren, Jeremy (Catina) Schreiber and their children, Cataryna and Elena, Kim (Kyle) Nowicki and their children, Tyson and Nate, Lyndsey Schreiber, Aleise (Tristan) Entem, Jenna Friedt, Wyatt Friedt, Dylan Friedt, Paige Schreiber, Cole Schreiber, Luke Schreiber and Nicole Schreiber; four sisters, Marie Schuetzle, Freda Heilman, Laura Schneider, Evelyn (Carlo) Paccagnan; one brother-in-law, Otto Kreil; three sisters-in-law, Marie Schreiber, Irene (Ralph) Lutz and Ester Larson (Russ); as well as numerous nieces and nephews. Don was predeceased by his parents, Fredrick and Katherina Schreiber; two brothers, Ewald Schreiber and Otto (Dorothy) Schreiber; one sister, Hilda (Bill) Kanewischer; three brothers-in-law, Fred Schuetzle, Jack Heilman and Gordon Schneider; as well as Freda’s second husband, Albert Pomreinke. Don was born in Medicine Hat on March 20th, 1934 but spent his early years on the family farm in the Schuler area. The family moved to Medicine Hat where he attended school. At age 17 he started work as an auto body technician at Beny Motors. He married Lillian on August 20th, 1955 and in 1961 they purchased a small farm west of Medicine Hat. They built a house there in 1967 which provided an ideal setting to raise a family. Don started a Saddlery in 1970, working from home. He retired from Beny’s three years later to concentrate on farming, which he did until selling out and moving back to Medicine Hat in 1994. He built and sold many horse drawn buggies out of his garage in town. He continued his Saddlery business until 2011. Don’s hobbies over the years were numerous. He played senior hardball in his 20’s. He was an avid musician, playing both rhythm and bass guitar for many live bands through the years as time allowed. In 1970 he started racing pony chariots at many rodeo venues throughout Alberta and Saskatchewan and continued to do so for over twenty years. He also tried his hand at team roping on occasion. He was adept at repairing anything mechanical. He fixed machinery for many of his neighbours in the country over the years. In his spare time he liked to repair old clocks and watches. The Funeral Service will be held in ST. PETER LUTHERAN CHURCH, 758 – 8th Street SE, on Thursday, December 20th, 2012 at 2:00 p.m. with Pastor Julianna Wehrfritz-Hanson officiating. A private family interment will follow at Saamis Prairie View Cemetery. Memorial gifts in Don’s memory may be made to the Charity of One’s Choice. Condolences may be sent through www.saamis.com or www.gonebutnotforgotten.ca or to condolences@saamis.com subject heading Don Schreiber. Radio funeral announcement can be heard on Wednesday, December 19th, 2012 around 12:35 p.m. on 93.7 Praise FM. Funeral arrangements are entrusted to SAAMIS MEMORIAL FUNERAL CHAPEL AND CREMATORIUM, “The Chapel in the Park”, locally owned and directed. Should you wish any additional information, please telephone (403)528-2599