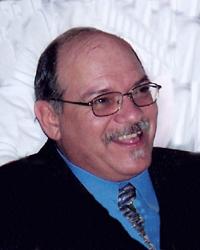 After a long and courageous battle with cancer, Melvin Emil Hirsekorn passed away on Monday, December 24, 2012, with his family by his side, leaving behind the love of his life, best friend and wife of 40 years, Linda. Melvin was also a devoted and loving father to Nicole (Trevor) Schmaltz, Kari (Dave) Painter, Matthew (Jessica) Hirsekorn and to his special nephew Johnny “Sparky” (Sandy) Booth, who was like a son to him. He was a devoted and loving “Papa” to his grandchildren, Jordan, Jailyn, Steffie, Kyle, baby Rhya and Reid Melvin Hirsekorn who passed away January 8, 2011. He was a loving big brother to Marlene (Mike) Guckert and Garry (Shirley) Hirsekorn and a very special uncle to numerous nieces and nephews. He was predeceased by his parents, Margaret and Emil Hirsekorn; one sister, Elsie Erich and one brother, Ernie Hirsekorn. Melvin was born on October 4, 1951 in Portage la Prairie, Manitoba. He was alway happiest when he was around his family and always placed them first before himself. He was a hard working man who took great pride in everything that he did. Melvin was a man with a big heart, would do anything to help someone and was well liked and respected by the many people who knew him. Always joking around and with a smile on his face, even as time went on and Melvin became more ill, his biggest belief was to take one day at a time and together, we will get through it. There will be a intimate private service for immediate family in keeping with Melvin’s request. A come and go reception will be held for family and friends at the Redcliff Legion, (302 Broadway Ave NE, Redcliff) on Saturday, December 29, 2012 from 2:00 – 4:00 p.m. In lieu of flowers, anyone wishing to remember Melvin maymake donations to Margery E. Yuill Cancer Centre (Medicine Hat Regional Hospital) c/o 666 5th Street SW, Medicine Hat, AB T1A 4H6 or to the Neo Natal Care Unit (Medicine Hat Regional Hospital) c/o 666 5th Street SW, Medicine Hat, AB T1A 4H6 in honour of Reid Melvin Hirsekorn. To e-mail an expression of sympathy, please direct it to: pattfh@telusplanet.net subject heading: Melvin Hirsekorn, or you may visit www.gonebutnotforgotten.ca and leave a message of condolence. Funeral Arrangements are by the PATTISON FUNERAL HOME AND CREMATORIUM 540 South Railway St. SE, Medicine Hat T1A 4C2