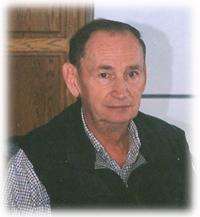 1937 ~ 2013
With sadness the family of Mr. Leonard Arthur Fischer beloved husband of Marilyn Fischer, announce his passing at the Medicine Hat Regional Hospital on Monday, January 7, 2013.  Len was born and raised in Medicine Hat and married the love of his life, Marilyn Reichel on September 5, 1964.  He worked most of his life as a supervisor in the Machinist / Millwright  industry.  Len loved animals especially his cat, Pumpkin as well as his love for travelling.  His interests included golfing, fishing and coaching minor league hockey.  Len was especially proud of his grandchildren and enjoy watching their activities and spending time with them.  His memory will be forever treasured in the hearts of his wife, Marilyn; children, Steven (Karen) their children, Erik, Sarah (Lee), Tysen;  Ken (Janey), their children, Jacob, Andrew;  Bruce (Carol) their children, Malcolm, Nicholas;  sisters, Violet (Roger) Beach & Lily Silcher; brother, Richard (Marion) Fischer; sisters-in-law, Janet (Tony) Feininger and Connie Fischer;  as well as numerous neices and nephews.  Len was predeceased by his parents, Reinhold & Lena;  brothers, Alfred, Fred & Dennis; brother-in-law, Erwin Silcher.  A graveside service will be held at Hillside Cemetery on Friday, January 11, 2013 at 11:00 A.M., with Reverend Bob Cruckshank officiating. Those wishing to attend the graveside service are asked to arrive at Cook Southland Funeral Chapel by 10:30 A.M. for the procession to Hillside Cemetery.  If friends so desire, memorial tributes may be made directly to the Crohns & Colitis Foundation of Canada, 3100, 246 Stewart Green S.W., Calgary, Alberta  T3H 3C8.   (Condolences may be expressed by visiting www.cooksouthland.com)  Honoured to serve the family is Cook Southland Funeral Chapel, 901 – 13 Street S.W., Medicine Hat, Alberta  T1A 4V4  Phone 403-527-6455.