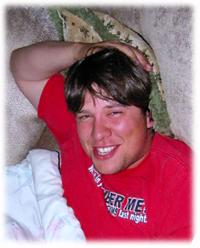 1985 ~ 2013
With heavy hearts, the family of William Dustin Baloc of Seven Persons, beloved son of Bill and Wendy Baloc, announce his unexpected passing through a tragic work accident on Tuesday, January 8, 2013, at the age of 27 years.  Along with his parents, Dustin’s memory will live on in the hearts of his siblings, brother, Terry (Amanda) and their daughter, Amy;  sister, Bonnie and her children, Jamie and Aleshia; brother, Matthew as well as numerous aunts, uncles, cousins and friends.  A Celebration of Dustin’s life will be held at the Seven Persons Community Church, Seven Persons, Alberta on Monday, January 14, 2013, at 2:00 P.M. (Condolences may be expressed by visiting www.cooksouthland.com)  Honoured to serve the family is COOK SOUTHLAND Funeral Chapel, 901 – 13 Street S.W., Medicine Hat, Alberta, T1A 4V4.  Telephone:  403-527-6455.

No Condolences for “DUSTIN BALOC”