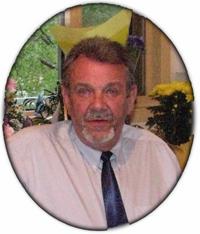 It is with profound sadness that the family of Robert McCulloch (AKA Scotty) announce his sudden passing on Wednesday 9 January 2013 at the very young age of 66. Robert is survived by his two loving daughters Margaret Heather (Robin) Simon, and Jean Grey (Patrick) Volk, twin grandchildren Hayden Catherine and Rylan Patrick, his life-long friend and Mother of his children Catherine all of Medicine Hat and one son Robert (estranged), his brother-in-law and friend Peter Connelly of Medicine Hat and his family, cousin William (Laura) Allen of Nelson BC, relatives and friends in Scotland, and many friends and acquaintances in Canada.
He was predeceased by his parents Bobby (1986), Margaret (2008). Mother and Father in-law Jean (1980) and Peter (1993), sister in-law Sandra (2003) all in Canada and several relatives in Scotland.
The adventure of his life began on 3 May 1946 in Glasgow Scotland. He graduated high school at age 15 and began his apprenticeship as a glazier. At age 21 he became a journeyman glazier, married Catherine Connelly (21 October 1967) and five days later sailed across the Atlantic to Winnipeg, Manitoba where the Canadian McCulloch dynasty was born.
Robert worked as a glazier most of his working life and for many years he and Catherine were the owner/ operators of Scotty’s Glass in Medicine Hat. The company was so named as most people called Robert “Scotty” due to his Scottish brogue. Following the closure of the business, Robert enjoyed such roles as Daddy Day care to Jean, Care Companion to his father-in-law Peter, “home” security and later branched out into event security working for the Medicine Hat Stampede and Schooner’s.
Like most of us Robert was a complex man who had gifts and burdens and he did nothing in moderation. He loved: to sing, darts, a good joke, his family, his pets and a good drink. Robert enjoyed participating in karaoke nights/ competitions at several local bars and was a proud finalist in Medicine Hat’s first Star Search. He was a regular in several bars in town and for the last few years “Schooners” was his home away from home. Robert was well liked, life was his stage and without a doubt he did it His Way.
In a lieu of a service a colourful celebration of Robert’s life equal to the man himself will be held on Thurs 17 January 2013 at 2pm at the Medicine Hat Legion/Schooners.
Those planning to attend the celebration of Robert’s life are encouraged to wear their tartan for his Scottish roots or blue to remind you of his beautiful blue eyes.
Memorial gifts in Robert’s memory may be made to the S.P.C.A., 55 Southwest Drive SW, Medicine Hat, Alberta, T1A 8E8. Condolences may be sent through www.saamis.com or www.gonebutnotforgotten.ca or to condolences@saamis.com subject heading Robert McCulloch. Funeral arrangements are entrusted to SAAMIS MEMORIAL FUNERAL CHAPEL AND CREMATORIUM, “The Chapel in the Park”, locally owned and directed. Should you wish any additional information, please telephone (403)528-2599