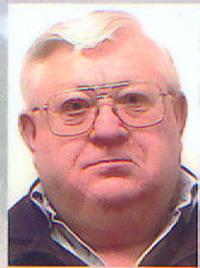 It is with great sadness that we announce the sudden passing of Dennis Ogren, beloved husband of Brenda Ogren. Dennis passed away peacefully at his home on Monday, January 14, 2013. He also leaves to cherish his memory his oldest daughter, Denise (Ryan) Thomas of Redcliff, his only son, Chad Ogren (Tanya Amiro) of Fort St. John, B.C. and his youngest daughter, Crystal (Corey) Folbar of Shaunavon; three grandchildren, Rayne Thomas, Nevaeh Folbar and Serenity Folbar; his mother-in-law, Grace Ronning; his siblings and several nieces and nephews. Dennis was predeceased by his parents, Carl and Lena Ogren and his father-in-law, Harold Ronning. Dennis was born on August 6th, 1951 in Nipawin, Saskatchewan and was raised on a farm near White Fox, Saskatchewan. Following graduation, Dennis left home to work in the oil patch where he served almost 40 years. He was a hard worker and well respected. He had an impact on many people. In the last 12 years of his life he had a soft spot for his three grandchildren. They were his pride and joy. He will be greatly missed and his memory cherished by all who had the honour of meeting him. A private family time of remembrance will be held. In lieu of flowers, as an expression of sympathy, donations may be directed to the Heart and Stroke Foundation of Alberta, NWT and Nunavut #124 – 430 6th Ave. SE, Medicine Hat, AB T1A 2S8. To e-mail an expression of sympathy, please direct it to: pattfh@telusplanet.net subject heading: Dennis Ogren or you may visit www.gonebutnotforgotten.ca and leave a message of condolence. Funeral Arrangements are by the PATTISON FUNERAL HOME AND CREMATORIUM 540 South Railway St. SE, Medicine Hat T1A 4C2

No Condolences for “OGREN”