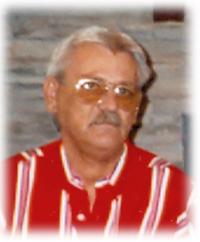 1951 ~ 2013
Jerry Weiss passed away at the Medicine Hat Regional Hospital on Wednesday, January 23, 2013, at the age of 61 years.  Jerry leaves to cherish his memory two children:  son, Mark Weiss (Sandy);  daughter, Denise (Darryl) Fischer and their children, Taryn and Jolan Fischer.  He will be lovingly remembered by his mother, Doris Weiss;  brother, Harlan Weiss as well as numerous cousins and friends.  He was predeceased by his father, Harry Weiss, in 2011.  Jerry’s life will be honoured by family and friends without the proceedings of a formal funeral service.  (Condolences may be forwarded by visiting our website at www.cooksouthland.com)  If friends so desire, memorial tributes in Jerry’s memory may be made directly to the Canadian Diabetes Association, 102, 73 – 7 Street S.E., Medicine Hat, Alberta, T1A 1J2.  Honoured to serve the family is Cook Southland Funeral Chapel, 901 – 13th Street S.W.   Medicine Hat, Alberta   T1A 4V4  Phone 403-527-6455