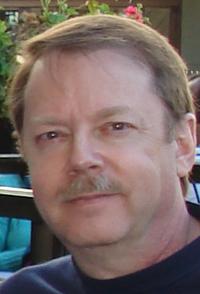 Passed away at his home in Riverside, California on January 9,2013 at the age of 57. Born and raised in Medicine Hat, Alberta on February 19,1955. He went on to graduate from SAIT in Calgary, Alberta as a designer draftsman for piping. He then moved to Vancouver where he was later married. They then bought a home and settled in Riverside, California where they raised their daughter April. At an early age Ron loved to ride motocross which he excelled at and competed and won many races. His love for motocross continued on into his later life and he competed in senior leagues in California. He will be missed and loved by all those that knew him. Ron is survived by his daughter April, his mother Alice, two brothers Lee and Mike Wutzke, his ex wife Lo, who still cared for him deeply. His sister in law Joy Wutzke, Uncle Fred and Aunt Lois Johansen, Uncle Otto, Aunt Esther, his nephew Steve, niece Brittany and numerous cousins. Ron was predeceased by his father, Vern. A service took place at Arlington Mortuary in Riverside California on January 21,2013