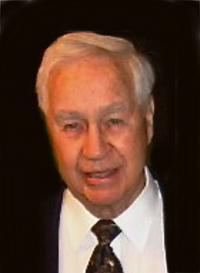 Thomas “Tom” Alexander Sissons-T1 passed away peacefully on Monday, January 28th, 2013 at the age of 89. He leaves to cherish his memory his three children, Gwen Rasmussen (Terry), Graham Sissons (Dauna), and Leigh Smythe (Fred) and children Danielle Smythe (Conor), Logan Smythe (Kati), and their father, Ron Smythe (Rita); Alexandra Sissons (Elliott), Kaylyn Sissons (Brent); and Connie Sissons’ children, Mary Dias (Vic), Pat Maas (Mike), Thom Broe-T2 (Sue), Nancy Campbell (Ross) and their children, Kate Luymes (Rob), Rob Appleton, Ben Campbell (Marissa), Nate Maas, Pam Campbell, Annie Campbell, Kate Campbell and Tom Campbell-T3; several great- grandchildren; his sister-in-law, Nancy Ruth Sissons; his brother-in-law, Ryan Jones; and numerous nieces and nephews. He also leaves his good friend, Beryl Cowan. Tom was predeceased by his parents, Herb and Lissa Sissons; his first wife, Eileen Sissons; and his second wife, Constance Sissons. He was also predeceased by his two brothers, Gordon and Jack Sissons; and sisters-in-law, Dorothy Jones and Isabelle Sissons. Tom was born in Redcliff and graduated as an Electrical Engineer from the U of A. His first career was with General Electric and then he joined the family business, I-XL Industries, along with his two brothers Gordon and Jack. At the time of his passing he was still involved with the family business and going to the office on a regular basis. Tom was active in the community for many years. He was the District Governor of the Kinsmen Club of Medicine Hat and lifetime member, member of the Rotary Club, board and life member of the Cypress Club, member of the Museum Advisory Board, city alderman for two terms as well being involved in many other committees and organizations. He enjoyed bridge and poker with his many friends and was playing as recently as last week. Tom was very physically active all his life…..skiing, golfing, swimming, and he loved travelling. He especially enjoyed Maui but had travelled to all four corners of the world. He was a gentle, quiet, intelligent, resilient man with a wonderful sense of humour and will be deeply missed by all of us. A Celebration of Tom’s Life will be held in the GRANDSTAND ROOM at the MEDICINE HAT STAMPEDE GROUNDS, 2055 – 21st Avenue SE, on Friday, February 1st, 2013 at 11:00 a.m. A Private Family Interment will take place in the Family Plot at Hillside Cemetery. Memorial gifts in Tom’s memory may be made to the Canadian Cancer Society, 102 – 1865 Dunmore Road SE, Medicine Hat, Alberta, T1A 1Z8, or to the Charity of One’s Choice. Condolences may be sent through www.saamis.com or www.gonebutnotforgotten.ca or to condolences@saamis.com subject heading Tom Sissons. Radio funeral announcement can be heard on Thursday around 12:35 p.m. on 93.7 Praise FM. Funeral arrangements are entrusted to SAAMIS MEMORIAL FUNERAL CHAPEL AND CREMATORIUM, “The Chapel in the Park”, locally owned and directed. Should you wish any additional information, please telephone (403)528-2599