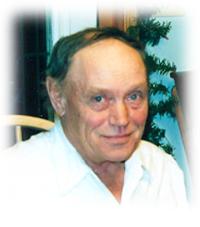 It is with great sadness that the family of Ron Piquard announce his passing which occured at his home in Medicine Hat on Monday, February 25, 2013, after a courageous battle with cancer.  He was born January 17, 1949, in Maple Creek, Saskatchewan to René and Dorothy Piquard.  Ron grew up on the family farm in the Eastend, Saskatchewan area. He was involved with 4-H beef, horse and gun clubs. Ron was an avid hunter over the years and wild meat was his favorite.  He worked on seismograph crews in Alberta and also did ranch work. Ron was married in 1972 and moved to work on a feedlot in Medicine Hat for four years. He then got involved with the dry- walling and carpentry business and became a talented carpenter. Ron’s work took him many places in Saskatchewan, Alberta and British Columbia.  He was very proud to have worked for a period of time in construction with his daughter, Tracy.  Ron built many houses and did finishing work in many buildings.  A friend of his said he was one of the best in the business.  Ron enjoyed watching sports.  He was an avid Toronto Maple Leaf fan and had many discussions with his brother-in-law and nephew regarding why they shouldn’t cheer for Montreal and Philadelphia.  He enjoyed playing cards and was always up for a good game of crib.  Ron was always willing to help out friends and family, and would give someone the shirt off of his back if they needed it.  One of his many interesting sayings was “those little coyotes” referring to his girls or other little ones. He was always a lover of animals, especially dogs;  and even to his last days had a dog around for company.  Ron is survived by his daughter, Tracy Piquard of Fort McMurray, Alberta and her children, Saxon Howe and Kira Howe;  daughter, Lynn Ann Piquard of Calgary, Alberta; mother, Dorothy Piquard of Eastend, Saskatchewan;  sister, Jean (Chuck) Audette of Swift Current, Saskatchewan and their children Shauna (Travis) Cuthbert and daughters Talyah and Saylor of Swift Current, Saskatchewan;  Aimee (Shane) Holley and son, Jasper of Cranbrook, British Columbia, and son, Jason (Rachel) of Nolalu, Ontario.  He was predeceased by his father, René, on October 15, 1995 as well as his grandparents.  In honouring Ron’s wishes, there will be no formal funeral proceedings taking place.  Family will gather for a time of remembrance at a future date.  If friends so desire, Memorial Tributes in Ron’s memory may be made directly to the SPCA, 55 Southwest Drive, S.W., Medicine Hat, Alberta, T1A 8E8.  (Condolences may be expressed by visiting www.cooksouthland.com)  Honoured to serve the family is Cook Southland Funeral Chapel, 901 – 13th Street S.W.   Medicine Hat, Alberta   T1A 4V4  Phone 403-527-6455