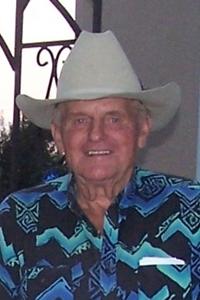 Mr. Robert (Red) Fode passed away peacefully at the Bow Island Health Centre on Sunday, March 10th, 2013 at the age of 73 years. Red leaves to cherish his memory one son, Gregory (Marianne) Fode, their children Matthew, Benjamin, Vanessa and Ashton; and one daughter Tobi (Nigel) Pimblett and their daughters Sarah and Emma.
Red was predeceased by his wife Irene in 1986 and son Wade in 1987.
Red raised his family in Medicine Hat and worked for the City of Medicine Hat for 37 years in the Public Works Department.
The Funeral Service will be held at the Church of Jesus Christ of Latter Day Saints in Bow Island on Friday, March 15th at 11:00am. Viewing will be during the hour prior to the service. Internment will be in the family plot at Hillside Cemetery at 2:30pm. As an expression of sympathy, those wishing to remember Robert (Red) Fode may do so with a gift to the Heart and Stroke Association.

No Condolences for “FODE”