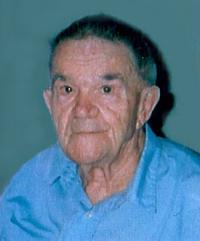 Mr. Richard “Dick” Thomas Walker, beloved husband of Mrs. Marion Walker of Medicine Hat, passed away on Tuesday, March 12th, 2013 at the age of 90 years. Dick also leaves to cherish his memory three sons, Don (Marnie) of Redcliff, Robert (Karen) of Medicine Hat, and Bruce (Cathy) of Calgary; his grandchildren, Dillon and Hailey; two brothers, Bernard and Clifford (Dorothy); and one sister, Rhoda Schmidt; as well as numerous nieces and nephews. Dick was predeceased by one brother, Leonard. A Celebration of Dick’s Life will be held at 200 GARDEN APARTMENTS DINING ROOM, 25 Viscount Avenue SW, on Saturday, March 16th, 2013 from 1:00 to 3:00 p.m. Memorial gifts in Dick’s memory may be made to the charity of one’s choice. Condolences may be sent through www.saamis.com or www.gonebutnotforgotten.ca or to condolences@saamis.com subject heading Dick Walker. Funeral arrangements are entrusted to SAAMIS MEMORIAL FUNERAL CHAPEL AND CREMATORIUM, “The Chapel in the Park”, locally owned and directed. Should you wish any additional information, please telephone (403)528-2599