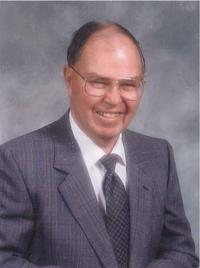 Mr. Keith Richard Graves, beloved husband of Mrs. Rita Graves of Medicine Hat, passed away on Sunday, March 17th, 2013 at the age of 83 years. Keith also leaves to cherish his memory two daughters, Sheila (Ming) Wong of Medicine Hat and Carol (Tim) McDermid of Kelowna, BC; four grandchildren, Breanna and Matthew Wong, Alexander and Cameron McDermid; and one brother, Bob (Joan) Graves. Keith was predeceased by one son, Eric in 1979. Keith was born on September 16th, 1929 in Halifax, Nova Scotia where he was raised and educated. He attended Dalhousie University obtaining a Bachelor of Science Degree in 1949 and a Bachelor of Education Degree in 1955. Keith worked as a chemist in Sudbury from 1949 to 1954 and moved to Medicine Hat in 1957. He married Rita Ziehran on July 4th, 1959 in Medicine Hat where they continued to reside. Keith was employed with Medicine Hat School District #76 from 1957 to 1983 teaching math and science. He traveled extensively and also enjoyed camping, reading, gardening, and photography. Keith will be deeply missed and forever remembered by his family and friends. Those wishing to pay their respects may do so at SAAMIS MEMORIAL FUNERAL CHAPEL, #1 Dunmore Road SE, on Wednesday from 7:00 to 9:00 p.m., on Thursday from 10:00 a.m. to 12:00 Noon, and at ST. PETER LUTHERAN CHURCH, 758 – 8th Street SE, on Thursday from 2:00 to 2:55 p.m. The Funeral Service will be held in ST. PETER LUTHERAN CHURCH on Thursday, March 21st, 2013 at 3:00 p.m. with Pastor Julianna Wehrfritz-Hanson officiating. Interment will follow in the Family Plot at Hillside Cemetery. In lieu of flowers, memorial gifts in Keith’s memory may be made to the St. Peter Lutheran Church Memorial Fund, 758 – 8th Street SE, Medicine Hat, Alberta, T1A 1M5. Condolences may be sent through www.saamis.com or www.gonebutnotforgotten.ca or to condolences@saamis.com subject heading Keith Graves. Radio funeral announcement can be heard on Wednesday around 12:35 p.m. on 93.7 Praise FM. Funeral arrangements are entrusted to SAAMIS MEMORIAL FUNERAL CHAPEL AND CREMATORIUM, “The Chapel in the Park”, locally owned and directed. Should you wish any additional information, please telephone (403)528-2599