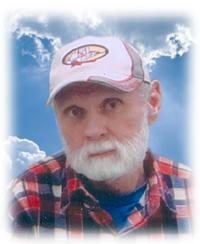 1941 ~ 2013
Mr. Wilbert “Sonny” Herman passed away in Medicine Hat on Sunday, March 17, 2013, at the age of 71 years.  Sonny was a hardworking, loyal employee of IXL Industries for 42 years, from 1958 until 2001.  He enjoyed the fresh air when he would go for walks or work in his garden and liked to go to the mall to see his friends.  Sonny will be deeply missed by three sisters, Rita, Diana (Gordon) and Shirley (Ray);  two nephews, Timothy and Marvin as well as numerous great-nieces and great-nephews.  He was predeceased by his parents, Henry and Martha as well as one nephew, Daniel.  The Funeral Service will be held at Cook Southland Funeral Chapel on Thursday, March 21, 2013, at 2:00 P.M. with Reverend Barrett Scheske officiating.  Interment will follow at Hillside Cemetery.  (Condolences may be expressed by visiting www.cooksouthland.com)  Memorial donations in Sonny’s name may be made directly to the Heart & Stroke Foundation of Alberta, 124, 430 – 6 Ave. S.E., Medicine Hat, Alberta, T1A 2S8.   Honoured to serve the family is COOK SOUTHLAND Funeral Chapel, 901 – 13 Street S.W., Medicine Hat, Alberta, T1A 4V4. Telephone:  403-527-6455.

No Condolences for “WILBERT HERMAN”