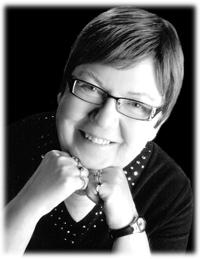 Reta Germain passed away on Sunday, March 17, 2013 at the Medicine Hat Regional Hospital, at the age of 62 years, following a courageous battle with cancer.  Reta was born in Arcola, Saskatchewan on January 10, 1951. She was the youngest child of Mr. and Mrs. Herbert Harrison. Reta lived with her parents on their farm south of Manor, Saskatchewan and then moved into town with them where she lived until she moved to Regina for university. In Regina she met John-Charles Germain, the man she would marry in Manor United Church on July 26, 1975. As a military wife, Reta left Saskatchewan for Kingston, Ontario and there was blessed with her son, Christopher. In 1980 they were posted to Germany, where their second child, Renée, was born. Moving back to Canada in 1981, they were posted to Shilo and from there to Winnipeg in Manitoba eventually moving to Medicine Hat in 1990 where they settled. She started at Thomsen Fisher Insurance, which became Western Financial Group, from 1991 until her illness. Reta was joyfully met in Heaven by her parents and her older brother, Bert. Reta was active in her community as a member of the African Violet Society and the Teddy Bear Club. She loved crafting, quilting, gardening and making home made wine. Reta really enjoyed her visits with her friends and family and cherished the opportunities she had to travel, Venice being the highlight. She leaves to mourn her husband, John,  son Christopher,  daughter Renée and son-in-law, David; her brothers, Larry and Floyd, sister, Barbara and sister-in-law Linda, and their families as well as numerous in-laws, nieces, nephews, cousins and friends. The funeral service will be held at Cook Southland Funeral Chapel on Friday, March 22, 2013, at 3:00 P.M. with Reverend Barrett Scheske officiating.  Interment will follow at Hillside Cemetery. Reta would like that any Saskatchewan fans wear Rider Green for the funeral in hopes of boosting their performance this year.  Wear it if you have it!    (Condolences may be expressed by visiting www.cooksouthland.com)  Rather than flowers, which while beautiful, do not last, the family asks that any who wish to honour Reta’s memory do so through a donation to the Canadian Cancer Society, 102 Crestwood Square One, 1865 Dunmore Road S.E., Medicine Hat, Alberta  T1A 1Z8.  Honoured to serve the family is Cook Southland Funeral Chapel, 901 – 13 Street S.W., Medicine Hat, Alberta  T1A 4V4  Phone 403-527-6455

No Condolences for “RETA ALICE GERMAIN”