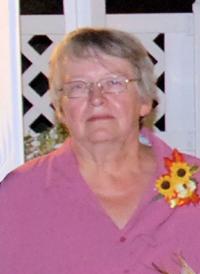 Elsie Gerta Pender of Medicine Hat passed away on Monday, March 18, 2013, at the age of 68 years, beloved wife of the late Kenneth “Ken” Pender. She leaves to cherish her memory her children, Karen (Everett) O’Connor and her grandson, James O’Connor; Dan (Gaye) Pender; brothers-in-law, Jim Fraley and Robert (Rose) Pender as well as numerous nieces and nephews. She was predeceased by her parents, Lilli and Hugo Schreiber; her husband, Ken Pender on March 28, 2011 and two sisters, Gertrud (David) Buchanan and Gerlinde Fraley. Elsie was born on August 18th, 1944 in Poland, the third girl born to Lilli and Hugo Schreiber. In 1953 the family came to Canada and settled in Medicine Hat. Elsie married Ken on June 14th, 1961 in Calgary and soon moved to Toronto, where they worked together in catering. They moved to Penticton before settling in Medicine Hat, where they raised their family. Elsie worked at Kmart in bookkeeping in the office with “the girls” for 20 years where she made many friends. Elsie was also a great cook who worked in catering for many years. In 1993 Elsie and Ken moved to Empress, where they took over the Empress Motor Inn until their retirement in 2009. Elsie enjoyed time with her family and friends playing cards and particularly loved a good game of Scrabble with her best friend, Ruth. She also played Monopoly with her grandson James and taught him the finer points of the game. She was extremely proud of James and was a devoted grandmother, the kind that every child edeserves. Those who knew Elsie best will remember her as a hard worker who loved conversing about anything and everything, especially politics, a particular passion of hers. Elsie was always ready to lend a hand when asked and could see the good in everyone. Elsie and Ken loved camping and were always planning the next trip. A graveside service will be held in the Hillside Cemetery on Thursday, March 21, 2013 at 1:00 p.m. with Rev. Barrett Scheske officiating. Those attending the service should gather inside the gates at 12:45 p.m. As an expression of sympathy donations may be made to the Alberta Cancer Foundation, Provincial Office, 710 10123 99 Street NW, Edmonton, AB T5J 9Z9 or the charity of your choice. To e-mail an expression of sympathy, please direct it to: pattfh@telusplanet.net subject heading: Elsie Pender, or you may visit www.gonebutnotforgotten.ca and leave a message of condolence. Funeral Arrangements are by the PATTISON FUNERAL HOME AND CREMATORIUM 540 South Railway St. SE, Medicine Hat T1A 4C2

No Condolences for “PENDER”