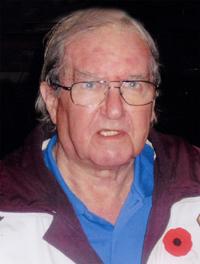 July 31, 1939 – March 20, 2013
BRIAN GREATOREX of Medicine Hat, passed away on Wednesday, March 20, 2013 at St. Michael’s Health Centre in Lethbridge, at the age of 73 years. Brian passed away peacefully with family at his side.
Brian was born at Aldershot, England where he attended Military School. Brian enlisted in the British Military in 1955. He served 26 years in the Royal Corps of Signals until he retired in 1981.
Brian is the loving father of Karl (Lin) Greatorex of Lethbridge. Brian is also survived by a granddaughter Dannielle Travis and her fiancé Aaron Kinneard of Lethbridge, and Verona Greatorex of Surrey, BC. Special mention to all his friends at the Medicine Hat Legion and especially his life-time friends Bill and Brenda Davidson of Salisbury, England.
The Funeral Service will be held at the MEDICINE HAT LEGION, 702-2 Street S.E., Medicine Hat at 10:00 a.m. on Thursday, March 28, 2013 with Captain Ron McDonald officiating.
Interment at the Hillside Cemetery in Medicine Hat and a Celebration of Life at 12:00 noon at the Medicine Hat Legion.
403-382-3601
condolences@generationsfh.ca

No Condolences for “GREATOREX”