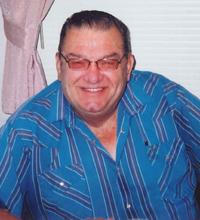 Mr. Victor Nickel, beloved husband of Mrs. Sharon Nickel of Medicine Hat, passed away on Sunday, April 7th, 2013 at the age of 71 years. Victor also leaves to cherish his memory his son, Vance (Delaine) Nickel; two step-children, Dallas Peterson and Connie (Larry) Hasmatali; four grandchildren, Carissa and Taylor Nickel, and Brandon and Maddison Hasmatali; Sharon’s children, Allen (Deniece), Tanis (Mike), Wanda (Gordon) and their families as well as three great-grandchildren; four sisters-in-law, Donna Nickel, Joyce (Lawrence) Pachiorka, Carole (Murdy) Hutton, and Sheryl (Willard) Hasmatali; his uncle, Norman (Edna) Nickel; as well as numerous nieces and nephews. Victor was predeceased his second wife, Beth Nickel; his parents, David and Mary Nickel; one brother, Leonard Nickel; as well as one niece, April Nickel. Vic was born in Bonanza, Alberta on April 14th, 1941 where he was raised and educated. He moved to Peace River, Alberta working for the Department of Highways before moving to McLennan, Alberta in 1974 where he owned and operated a service station for three years. Vic returned to Peace River where he later married “Beth” on June 10th, 1978. He was employed as a Service Manager at the Chrysler dealership in Peace River. In 1980, Vic and Beth relocated to Medicine Hat with Vic working at Joyline Manufacturing until it closed and then working for Totem Bus Lines and Traxx Coach Lines for thirteen years. He then became a school bus driver which he continued to do until the time of his passing. Vic married Sharon Selman on April 5th, 2008 in Medicine Hat. He loved quadding, off-road vehicles, hunting and camping. Those wishing to pay their respects may do so at SAAMIS MEMORIAL FUNERAL CHAPEL on Thursday from 7:00 to 9:00 p.m. and on Friday from 10:00 to 10:55 a.m. The Funeral Service will be held in SAAMIS MEMORIAL FUNERAL CHAPEL, #1 Dunmore Road SE, on Friday, April 12th, 2013 at 11:00 a.m. with Pastor Don Holloway officiating. Interment will follow in the Family Plot at Hillside Cemetery. Memorial gifts in Victor’s memory may be made to the Alberta Heart & Stroke Foundation, #124, 430 – 6th Avenue SE, Medicine Hat, Alberta, T1A 2S8. Condolences may be sent through www.saamis.com or www.gonebutnotforgotten.ca or to condolences@saamis.com subject heading Victor Nickel. Radio funeral announcement can be heard on Thursday around 12:35 p.m. on 93.7 Praise FM. Funeral arrangements are entrusted to SAAMIS MEMORIAL FUNERAL CHAPEL AND CREMATORIUM, “The Chapel in the Park”, locally owned and directed. Should you wish any additional information, please telephone (403)528-2599