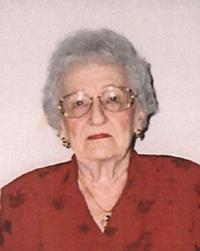 Cora Seitz of Medicine Hat, beloved wife of the late Fred Seitz, passed away peacefully at the Haven Care Centre on Monday, January 28th, 2013 at the age of 97 years. Cora leaves to cherish her memory five children, Rodney (Loretta) Seitz, Janice (Garry) Meidinger both of Medicine Hat, Donna (Al) Henderson of Winnipeg, Manitoba, Elaine (Don) Hehr of Sherwood Park, Alberta, and Randy (Sharon) Seitz of Medicine Hat; and their families. The Memorial Service will be held at SAAMIS MEMORIAL FUNERAL CHAPEL, #1 Dunmore Road SE, on Monday, April 15th, 2013 at 2:00 p.m. with Reverend George Brandt officiating. Memorial gifts in Cora’s memory may be made to the Charity of One’s Choice. Condolences may be sent through www.saamis.com or www.gonebutnotforgotten.ca or to condolences@saamis.com subject heading Cora Seitz. Funeral arrangements are entrusted to SAAMIS MEMORIAL FUNERAL CHAPEL AND CREMATORIUM, “The Chapel in the Park”, locally owned and directed. Should you wish any additional information, please telephone 528-2599.