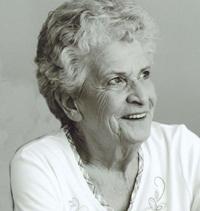 Born November 23, 1934 passed away April 6, 2013
On April 6 after a far to short but very full life Mom passed away peacefully in the arms of her family. Bev was predeceased by her daughter Brenda Sommerstad, husband Allen Campbell (1985), husband Stan Lennard (1970) and her parents Bev Kenward and Ethel Kenward. Born in Kamloops, B.C., Bev grew up with sisters Laura (Barc Warne) and Susan (Doug Clark). She completed her high school years in Medicine Hat. Bev’s desire for adventure saw her enlist in the Royal Canadian Air Force where she became a teletype operator and was stationed in France. It was there that she met and married her first love Stan Lennard and had their first two children Jeff (Penny Marik)and Cindy (Jim Stroh). They completed their tour of Europe and were then stationed in several bases throughout Canada. During this time there was the arrival of Kim Pettrisch, and Shelley (Tim Lagran). Tragedy struck in Ottawa and Stan passed away, leaving Bev on her own to raise their young family. With great resolve she moved the family back home to Medicine Hat. The family settled in and it was there that Bev found love a second time, when she met Allen Campbell, a kindred spirit. Their marriage saw family grow to ten and Jeff gained four new sisters, Brenda (Don Sommerstad), Judi (Harvey Jesse), Joanne (Vern Voeller) and Karen (Harvey Sevigny). Sadly, in 1985, Allen too passed away. Still, Bev felt blessed and it was her special bond with each of her children that buoyed her up. Bev was the proud grandmother, great grandmother to Stevie and Brandon Wever, Shane Pettrisch; Matt, Caitlyn and Jaxson Lagran; Tasha Lagran; Emily Lagran; Megan, Jason, Robyn and Kayla Becker; Keelan and Sydney Sevigny; Mike Jesse (Shannon Maclean); Mark, Amanda and Jake Jesse; Shauna, Greg, Ashlee and Cody Murray; Michelle, Rick and Braydon Benko; Erin, Devon, Lilly and Leah Grunewald; Jennifer, Rob, Andrew and William VanRiper; Greg Stroh; Sara, Devin, Jada and Abby Stenhouse; Brian, Gloria, Hannah and Hayden Voeller; Blair, Lana, Paige and Nate Voeller; Steve Sommerstad (Jessica Gerrard).
As per her wishes, and it could only be this way, Bev has asked that there won’t be a funeral service, a private family graveside service will be held April 20. A celebration of her life will follow at 3 p.m at Chinook Lodge Terrace Room, 2801 – 13th Avenue SE, Medicine Hat. We invite all those who wish to join us in remembering our Mother.
Mom would like to pass on a special thank you to all of the Doctors, nurses and staff at the Medicine Hat Hospital that had made her many visits so much easier. Their special care was deeply appreciated by her family.
She will always be remembered for her strength , her warmth and loving support of others, her loyal friendships, her ability to inspire, she was always the first to offer support, volunteer and connected with so many of us. In lieu of flowers it would be greatly appreciated that donations be made to the Medicine Hat District Health Foundation c/o 4 west.
To e-mail an expression of sympathy, please direct it to: pattfh@telusplanet.net subject heading: Beverley Campbell, or you may visit www.gonebutnotforgotten.ca and leave a message of condolence. Funeral Arrangements are by the PATTISON FUNERAL HOME AND CREMATORIUM 540 South Railway St. SE, Medicine Hat T1A 4C2

No Condolences for “BEVERLY MARINA CAMPBELL”