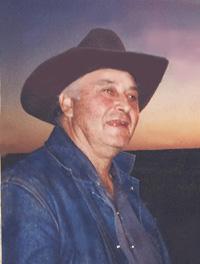 Mr. Erwin “Elvin” Walker, beloved husband of Mrs. Mary Walker of Medicine Hat, formerly of Hilda, passed away on Friday, April 19th, 2013 at the age of 87 years. Elvin also leaves to cherish his memory three daughters, Carol (Peter) Davick of Wetaskiwin, Diane (Gary) Weiss of Medicine Hat, and June (Ivan) Schick of Elkwater; ten grandchildren; twenty great-grandchildren; three great-great-grandchildren; one brother-in-law, Vern Andersen of Calgary; as well as numerous nieces and nephews. Elvin was predeceased by his parents, Henry and Magdelina Walker; his mother and father-in-law, James and Marianne (nee Sorensen) Andersen; two brothers, Ralph (Martha) Walker and Ed (Martha) Walker; and three sisters, Martha (Charles) Angle, Freida (Andy) Stickel, and Esther (Ben) Sulz; and one brother-in-law, Ronald (Mary) (nee Martin) Andersen. Elvin was born in Medicine Hat on January 1st, 1926, but was raised and educated northwest of Hilda. He met Mary while she was teaching at a country school in 1945 and they were married on July 3rd, 1947 in Medicine Hat. They made their home on the family homestead northwest of Hilda until retirement to Medicine Hat in December of 1996. Elvin loved farming and ranching especially his cattle and horses. His hobbies were mainly hunting and music and in his younger years he actually had a band. He will always be remembered and sadly missed by his family and friends. Those wishing to pay their respects may do so at SAAMIS MEMORIAL FUNERAL CHAPEL, #1 Dunmore Road SE, on Tuesday from 2:00 to 4:00 p.m. and from 8:00 to 9:00 p.m. and at WUERFEL AUDITORIUM on Wednesday from 10:00 to 10:55 a.m. The Funeral Service will be held in WUERFEL AUDITORIUM, 1720 Bell Street SW, on Wednesday, April 24th, 2013 at 11:00 a.m. with Pastor Herb Bachler and Pastor Emil Krause, co-officiating. Interment will follow in the Family Plot at Saamis Prairie View Cemetery. Memorial gifts in Elvin’s memory may be made to the Canadian Diabetes Association, #102, 73 – 7th Street SE, Medicine Hat, Alberta, T1A 1J2, or to the charity of one’s choice. Condolences may be sent through www.saamis.com or www.gonebutnotforgotten.ca or to condolences@saamis.com subject heading Erwin Walker. Radio funeral announcement can be heard on Tuesday around 12:35 p.m. on 93.7 Praise FM. Funeral arrangements are entrusted to SAAMIS MEMORIAL FUNERAL CHAPEL AND CREMATORIUM, “The Chapel in the Park”, locally owned and directed. Should you wish any additional information, please telephone (403)528-2599