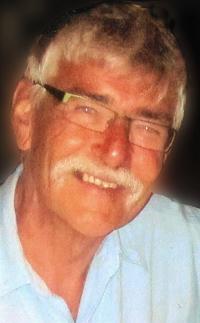 Harry Fred Wahl passed away on Saturday, April 27, 2013, at the age of 63 years. The beloved husband of Linda Wahl of 35 years, he also leaves to cherish his memory his daughter, Kristin (Kenzie) Liefso and his son Jeff Wahl (Ashley McDougall); grandchildren Everett, Maguire & Ella Liefso all of Medicine Hat. Also dear to his heart were Jennifer and Chad Lesnar along with their children Caleb, Madelyn and Mathea of Kola, Manitoba as well as Erhardt and Lynn Frank of Medicine Hat. He also leaves to cherish his memory his mother Frieda Wahl; two brothers Earl (Rae) Wahl and Rick (Sue) Wahl all of Medicine Hat; one sister Anita Zaporzan of Lethbridge; mother-in-law Dorothy Moore of Brandon, Manitoba, sisters and brothers-in-law Pat Sokolowski, Carolyn (Greg) Gill of Brandon, Mickey (Doug) Miller of Lake Newell, Doug (Norine) Moore of Medicine Hat, Brenda (Richard) Vanhove of Yorkton, Gary Moore of Brandon, Tracey Moore of Rivers, Dianne (Alwin) Becker of Brandon as well as numerous nieces and nephews. Harry was predeceased by his beautiful daughter Megan Wahl, father Fred Wahl, father-in-law Arthur Moore and brothers-in-law Dwight Slater, Don Moore and Charlie Sokolowski. Harry was born March 22, 1950 in Medicine Hat where he received his primary education, graduating from Medicine Hat High School is 1968. He then attended the University of Calgary graduating with a BA in 1971 and continued on to Law School at the University of Alberta in 1974. Harry was proud to have articled for the Honorable Jim Horseman and was called to the Bar in 1975. Harry possessed a great passion for both his business and personal life and spoke fondly about his work and the legal system. Harry had an amazing sense of humour and a quick dry wit. He loved to laugh. Harry believed in both working hard and also taking the time to enjoy life. He loved to travel, especially if a beach was involved; one of his favourite destinations was Maui. Harry’s love of horses provided him the opportunity to combine both travel and family and he spent many years traveling to horse shows throughout Canada and the US, extending his family to include what he considered his “horse show family”. His love of sports included the Medicine Hat Tigers, Boston Bruins, Boston Red Sox and whatever hockey team his grandson was playing for – he rarely missed a game. He shared his love for baseball with his son Jeff and they enjoyed their trips to Boston and New York to watch their rival teams play. He reminisced fondly about the little league ball team that he and Gary Hildebrand took to the finals in 1972. Harry relished the time he spent at Elkwater with family and friends: water skiing, fishing, boating, barbequing and snow skiing. Above all, Harry’s greatest love was for his family. He was a devoted husband, amazing father and loving grandfather. Throughout his illness Harry always said his grandchildren were his” best medicine” and he cherished every moment he had with them. Harry touched so many lives and will always be remembered for his unwavering love for his family and life. Family and friends who wish to pay their respects may do so at the PATTISON FUNERAL HOME on Thursday evening from 6:00 – 8:00 p.m. and at the church on Friday from 12 noon to 12:55 p.m. The funeral service will be held in Victory Lutheran Church (2793 Southview Drive SE) on Friday, May 3, 2013 at 1:00 p.m. with Rev. Barrett Scheske officiating. Interment will follow in the Hillside Cemetery. In lieu of flowers, those who wish to remember Harry may do so with a donation to either The Medicine Hat and District Health Foundation 666 -5 St SE, Medicine Hat, AB T1A 4H6 or The Megan Wahl Memorial Fund c/o The Community Foundation of Southeastern Alberta, 104 – 430 6th Ave SE, Medicine Hat, AB T1A 2S8. To e-mail an expression of sympathy, please direct it to: pattfh@telusplanet.net subject heading: Harry Wahl or you may visit www.gonebutnotforgotten.ca and leave a message of condolence. Funeral Arrangements are by the PATTISON FUNERAL HOME AND CREMATORIUM 540 South Railway St. SE, Medicine Hat T1A 4C2

No Condolences for “WAHL”