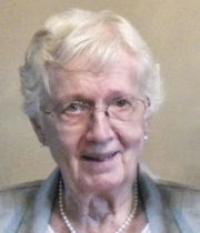 Olga Penner of Medicine Hat, passed away on Friday, May 27, 2013, at the age of 87 years, beloved wife of the late Norman Penner. She leaves to cherish her memory three children, Shelley (Bob) Sherwin of Port Orchard, Washington, Cheryl (Paul) Durksen of Medicine Hat, Lyle (Lydia) Penner of Winnipeg; six grandchildren, David and Michelle Sherwin; David, Tyler and Matthew Durksen; Joel Penner; three brothers; Art (Evie) Redekop of Abbotsford, B.C., John (Selma) Redekop of Swift Current, Leo (Helen) Redekop of Saskatoon; two sisters, Alvina (Henry) Unger of Swift Current and Hulda Braun all of Swift Current as well as numerous She was predeceased by her parents Peter and Justina Redekop; Norman, her husband of 58 years and one sister, Blondina. Family and friends who wish to pay their respects may do so at the PATTISON FUNERAL HOME on Tuesday, from 11:00 – 12 noon. The funeral service will be held in the Crestwood Mennonite Brethren Church (2348 Dunmore Road SE) on Tuesday, May 21, 2013 at 2:00 p.m. with Pastor John Willems officiating. A private interment will take place at Hillside Cemetery. As an expression of sympathy donations may be made to the Mennonite Central Committee #210 2946 32nd Street NE, Calgary, AB T1Y 6J7 or to Gideons International in Canada c/o #177- 1415 28 St. SE, Medicine Hat, AB T1A 8P9. To e-mail an expression of sympathy, please direct it to: pattfh@telusplanet.net subject heading: Olga Penner, or you may visit www.gonebutnotforgotten.ca and leave a message of condolence. Funeral Arrangements are by the PATTISON FUNERAL HOME AND CREMATORIUM 540 South Railway St. SE, Medicine Hat T1A 4C2