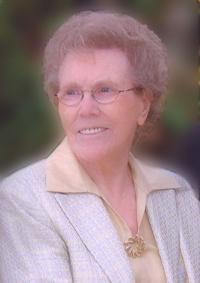 Anne Maria Boller passed away on Saturday, May 25, 2013, at the age of 88 years, beloved wife of Albert Boller of Medicine Hat. Born in Germany on September 8, 1924, Anne immigrated to Canada in the early 1950’s and worked at the Redcliff Greenhouses where she met the love of her life, Albert. They were married on November 17, 1955. Together they lovingly guided and raised their four children, Evelyn (Barry) Maier of Edmonton, Ingrid (Alex) Belinsky of Medicine Hat, David (Jean) Boller of Bothell, Washington and Trevor (Tracey) Boller of Edmonton. Anne treasured her grandchildren, Michael (Kristy) Maier, Michelle (Alastair) McKean, Jonathan (Annelise) Belinsky, Michael Boller, Kayla Boller, Bradley Smith, Douglas Boller and Justin Boller. Also much loved were her great grandchildren, Caleb, McKenzie, Evan, Aric, Hailee and Catriona; her sister, Evalina (Ron) Weeks of Neptune, New Jersey. Anne was predeceased by her parents, Joseph and Karolina Erbenich of Germany, three brothers, Karl, Helmut and Walter and one sister Christjana. The Family welcome you to join the celebration of Anne’s life on Tuesday, May 28, 2013 at 11:30 a.m. at the Seventh Day Adventist Church (1933 Dunmore Road SE) with Pastor Virgil Covel officiating. Interment will follow in the Redcliff Cemetery. To e-mail an expression of sympathy, please direct it to: pattfh@telusplanet.net subject heading: Anne Boller, or you may visit www.gonebutnotforgotten.ca and leave a message of condolence. Funeral Arrangements are by the PATTISON FUNERAL HOME AND CREMATORIUM 540 South Railway St. SE, Medicine Hat T1A 4C2

No Condolences for “ANNE MARIA BOLLER”

Leave a Condolence for Dola Farag