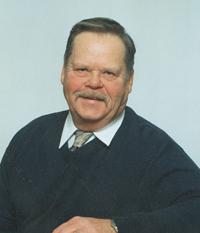 Terrence “Terry” Lavern Hylland passed away on Monday, May 27, 2013, at the age of 69 years, beloved husband of Liliane “Lil” Hylland of Medicine Hat. He also leaves to cherish his memory his daughter, Deanna (Matt) Haysom and their children, Fischer and Kinleigh; two sisters, Yvonne Hylland and Gladys Robertson; the Haysom and Iannatonni families; his mother and father-in-law, Margaret and Al Scherle as well as numerous brothers and sisters-in-law and nieces and nephews. He was predeceased by his parents, Rosabelle and Theodore Hylland. Terry’s time began in Portreeve, Saskatchewan where his early years saw the beginning of many lifelong passions and pastimes which would greatly influence the way he lived his life. His values, beliefs, and work ethic were passed on to him by his parents and he was, in turn, able to pass that on to his family. His love of sports and his competitive spirit took him to the baseball diamond, the curling rink, and the trap club where he excelled at each sport. Terry’s love of the outdoors, his passion for hunting, and his disarming personality gained him countless lasting friendships, most recently in Cypress Hills. His no-nonsense approach to work allowed him to provide comfortably for his family, while working with his hands demonstrated his creative side, whether it be a picture frame, a bird house, or a shed. Always one to enjoy a good laugh, Terry was a generous host who loved to share stories over a friendly drink and perhaps a game of cards. Although his exterior could appear gruff, spending any amount of time with Terry quickly revealed he was a teddy-bear at heart, which was most apparent with the birth of his beloved grandchildren. People knew Terry as many different things – a farmer, a hunter, a fisherman, a guide, a jack-of-all-trades, a hard-worker, a dedicated family man – but one common theme can be drawn from them all…. we are all better off for having known him. The family will be purchasing a memorial bench in Cypress Hills to honor Terry. We encourage you to visit Papa’s Place in the Hills and reminisce of the memories you made with him, Good Ol’ Buckeye. Those who wish to pay their respects may do so at the PATTISON FUNERAL HOME on Friday from 6:30 to 9:00 p.m. Family and friends will gather for prayers in the PATTISON CHAPEL on Friday at 7:00 p.m. The funeral mass will be celebrated in Holy Family Parish (1451 Strachan Road SE) on Saturday, June 1, 2013 at 10:30 a.m. with Fr. Philip Le celebrant. As an expression of sympathy donations may be made to the Friends of Cypress Hills, Box 2175, Maple Creek, Saskatchewan, S0N 1N0. To e-mail an expression of sympathy, please direct it to: pattfh@telusplanet.net subject heading: Terry Hylland, or you may visit www.gonebutnotforgotten.ca and leave a message of condolence. Funeral Arrangements are by the PATTISON FUNERAL HOME AND CREMATORIUM 540 South Railway St. SE, Medicine Hat T1A 4C2

No Condolences for “HYLLAND”