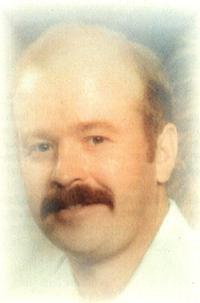 Gary Allen Asels, only son of Vernon and Mary Asels, was born in Shaunavon, Saskatchewan. Gary grew up on a farm not too far from Consul, Saskatchewan. That is also where he went to school. Gary drove a school bus after he graduated from high school, then joined the RCMP. Gary graduated from the RCMP Training Academy in Regina on October 18th, 1976.
Gary’s first posting was in Vauxhall, Alberta. He went on to Assumption, Alberta for a couple of years and was transferred to Sherwood Park, Alberta where his daughter Jeri Lynn was born. In 1982, Gary transferred to “G” Division, which is the Northwest Territories. While he was posted in Fort Simpson, his son Jordan and daughter Jocelyn were born.
In 1985, Gary transferred to Hay River, Northwest Territories. While he was posted in Hay River (in 1987), Gary and some buddies took a snowmobile trip from Fort Simpson to Cambridge Bay. It was there that he met his wife, Mona. In 1988 Gary transferred to Clyde River. Mona and their daughter, Angel, moved to Clyde River in 1989. She left her outpost camp located 140 miles south of Cambridge Bay to be with Gary. That summer, Gary transferred to Iqaluit where he worked until 1991 and then transferred to Kugluktuk. While in Kugluktuk, Bryson and Sandra joined the family to be their son and daughter.
Gary transferred from Kugluktuk to Cambridge Bay where he was posted for a couple of years and was then transferred back to Hay River in 1997. In the spring of 1998, Gary and Mona tied the knot in Blackstone, NT, after being engaged for eight years. Gary spent quite a few years in Hay River until he was transferred to Fort Smith for some months. Gary retired from the RCMP on September 14th, 2007.
Gary will be greatly missed by his wife, children and grandchildren and a multitude of friends. It is a well known fact that everyone who knew Gary respected him as he was a wonderful and kind man with a huge heart. The Memorial Service was held on Saturday, May 25th, 2013 at 1:00 p.m. at the Don Stewart Community Hall in Hay River, Northwest Territories with Reverend Vivian Smith officiating. Submitted by SAAMIS MEMORIAL FUNERAL CHAPEL AND CREMATORIUM, “The Chapel in the Park”, locally owned and directed. Should you wish any additional information, please telephone (403)528-2599