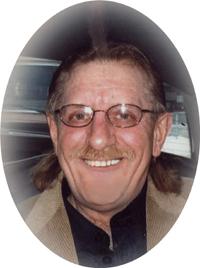 Joseph Simon Schafer was born December 20th, 1954. He passed away suddenly on June 4th, 2013 at the age of 58 years in Athabasca, Alberta.
Joe was predeceased by his parents, William and Rose Schafer. He is survived by his three daughters, Renee (Tony) Seabrook, Wanda (Adam) Pohl, and Sabrina (Jeremy) DeLong; his grandchildren, Cheraya, Brock, Nevaeh, Anabelle and Lucas along with his brother, Alex (Pat) Schafer; his sisters, Marj (Yogi) Schafer and Loretta Riddell; and his nephews, Derrick (Wendy) Schafer and their children Cody and Laquisha, Dustin (Amber) Riddell and their child Miriah, and Logan (April) Riddell.
Joe was born in Schuler, Alberta and worked at different jobs including Power House Greenhouse and Western Co-op Fertilizers. From there he entered the oil and gas industry where he was a contractor for three years. He then became employed with Husky Energy where he worked until his passing.
Joe’s greatest loves in life were his family and riding his Goldwing motorcycle. Joe was a member of the Independent Riders Club “LONE WOLVES”.
As soon as the sun shone and the snow was gone, Joe was on his bike riding. Among his travels were bike trips to Newfoundland, Alaska to the North Pole, and in August 2013, his plan was to travel “ROUTE 66”, which he is now doing from above.
He will be loved and remembered forever by his family and friends.
Joe loved the open road and his bike, so “LET’S RIDE”!!!!!!!!!!!
The Funeral Service will be held at SAAMIS MEMORIAL FUNERAL CHAPEL, #1 Dunmore Road SE, on Saturday, June 15th, 2013 at 1:00 p.m. with Gary W. Goran officiating. Interment will take place in the Family Plot at Hillside Cemetery. Memorial gifts in Joe’s memory may be made to the Santa Claus Fund, c/o Medicine Hat News, 3257 Dunmore Road SE, Medicine Hat, Alberta, T1A 7E6. Condolences may be sent through www.saamis.com or www.gonebutnotforgotten.ca or to condolences@saamis.com subject heading Joe Schafer. Radio announcement can be heard on Friday around 12:35 p.m. on 93.7 Praise fm. Funeral arrangements are entrusted to SAAMIS MEMORIAL FUNERAL CHAPEL AND CREMATORIUM, “The Chapel in the Park”, locally owned and directed. Should you wish any additional information, please telephone (403)528-2599