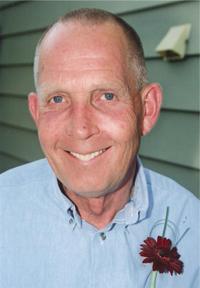 Mr. Frank Hider of Medicine Hat, passed away on Saturday, June 15th, 2013 at the age of 66 years. Frank leaves to cherish his memory his son and daughter and four grandchildren, all of Medicine Hat; and one brother, John (Lauren) Hider of Medicine Hat. Frank was predeceased by his wife, Pat; and his parents, Bruce and Gladys Hider. A Celebration of Frank’s Life will be held in the MEDICINE HAT EXHIBITION AND STAMPEDE, FIRESIDE ROOM, 2055 – 21st Avenue SE, on Thursday, June 20th, 2013 from 6:00 p.m. until 8:00 p.m. Memorial gifts in Frank’s memory may be made to the Charity of One’s Choice. Condolences may be sent through www.saamis.com or www.gonebutnotforgotten.ca or to condolences@saamis.com subject heading Frank Hider. Funeral arrangements are entrusted to SAAMIS MEMORIAL FUNERAL CHAPEL AND CREMATORIUM, “The Chapel in the Park”, locally owned and directed. Should you wish any additional information, please telephone (403)528-2599