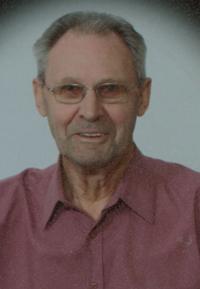 Lloyd Armand Kaglea, of Medicine Hat, beloved husband of Carolina Kaglea passed away at the Medicine Hat Hospital with family by his side on Saturday, June 15, 2013, at the age of 82 years. He leaves to mourn his wife of 60 years, Carolina; his children, Darcy (Lorrie) Kaglea, Garth (Lisa) Kaglea, Geralyn (Ken) Allen; his grandchildren Tony Kaglea, Kris (Jenna) Kaglea and Alycia Kaglea (Brady Bitz), Whitney, Chelsey and Courtney Kaglea, Chad Kaglea, James, Brittany and Sheridan Allen; great grandchildren, Josh and Emily Glabus, Taylor Kaglea, Nevaeh and Lincoln Bitz; brother, Eddie (Violet); sisters, Irene Olsen and Bertha Nuttall and numerous nieces and nephews. He will be joining in heaven, his parents, Louise and Jake; a sister in infancy; a brother, Ivan and brothers-in-law, Harold Hansen, Rolland Olsen and Edward Nuttall. Lloyd Armand Kaglea was born at Maple Creek on July 17, 1930 to Jake and Louise Kaglea. He attended Lynn Grove School. Lloyd helped his Dad on the farm until they moved to Piapot in 1947. Lloyd worked for farmers in the area, the Java Bus Stop and Gold Motors in Piapot until 1950 and then took his mechanics training in Saskatoon. He then moved to Maple Creek and worked for New Central Motors until July of 1961 when he began his career at Maple Creek Motors as a Salesman, retiring in January of 1994. When he worked for New Central Motors, he helped to start a car dealership in Dunmore before returning to Maple Creek. When in Dunmore, he joined the Medicine Hat Elks and later joined the Maple Creek Elks. Lloyd was a charter member and held various offices. In 1953, he married Carolina Ressler. They worked at their jobs and after hours built several houses in Maple Creek. In 1958, the family started. They had three children, Darcy, Garth and Geralyn. Family and friends will gather for prayers in the PATTISON CHAPEL on Tuesday at 7:00 p.m. The funeral mass will be celebrated in Holy Family Parish (1451 Strachan Road SE) on Wednesday, June 19, 2013 at 10:30 a.m. with Fr. Matthew Emmelkamp celebrant. A private interment will take place at Hillside Cemetery. As an expression of sympathy donations may be made to the Alzheimer Society 401D 3rd Street SE, Medicine Hat, Alberta, T1A 0G8; the Palliative Care Unit c/o Medicine Hat Regional Hospital, 666 5th Street SW, Medicine Hat, AB T1A 4H6 or to the Margery E. Yuill Cancer Centre (Medicine Hat Regional Hospital) c/o 666 5th Street SW, Medicine Hat, AB T1A 4H6. To e-mail an expression of sympathy, please direct it to: pattfh@telusplanet.net subject heading: Lloyd Kaglea, or you may visit www.gonebutnotforgotten.ca and leave a message of condolence. Funeral Arrangements are by the PATTISON FUNERAL HOME AND CREMATORIUM 540 South Railway St. SE, Medicine Hat T1A 4C2