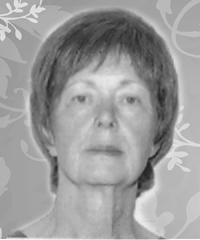 1951 ~ 2013
With heavy hearts the family of Donna Marie Velner announce her peaceful passing at the Medicine Hat Regional Hospital on Saturday, June 22, 2013, at the age of 62 Years.  Donna was born in Drumheller on June 19, 1951.  She married Ben Velner in 1970 and shared the next 42 years together.  Donna was a loyal and dedicated employee at the Medicine Hat Regional Hospital for 25 years.  She was a loving wife, mother and grandmother and will be dearly missed by her husband, Ben; two children, Michael Velner and Deanna Velner (Andre) and their son Nathan;  her mother, Ivy MacIntosh; a brother, Dale (Christina) MacIntosh as well as Ben’s family in The Netherlands and France.  She was predeceased by her father, James and a son, Paul.  Donna’s life will be remembered with a memorial service at a later date.  (Condolences may be expressed by visiting www.cooksouthland.com)  Memorial donations in Donna’s name may be made directly to the Canadian Cancer Society, 102 Crestwood Square One, 1865 Dunmore Road S.E., Medicine Hat, Alberta, T1A 1Z8.   Honoured to serve the family is Cook Southland Funeral Chapel, 901 – 13th Street S.W. Medicine Hat, Alberta T1A 4V4 Phone 403-527-6455

No Condolences for “DONNA VELNER”

Leave a Condolence for Keith McMann