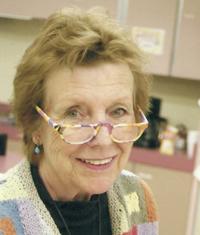 (formerly WEISS, nee CLARK)June 20th, 1934Our beloved mother, grandmother and great grandmother Muriel passed away peacefully Tuesday, July 2nd at the age of 79 years at the Medicine Hat Regional Hospital. She is survived by her five children, Colin Weiss (Barbara), Sheila Schneider (Barry), Dale Weiss (Chandra), Susan Renner (Chuck), Allan Weiss (Shonda) with former husband, Donald Weiss; 14 grandchildren; numerous great-grandchildren; brother, Paul Tebbs; plus four step-children and their families. Born in Darlington, County Durham in Lancashire, England, Muriel moved with her family to Canada in 1948 settling in Medicine Hat in the early 50s. She loved the theatre and was an enthusiastic participant in many Medicine Hat Musical Theatre productions, most notably playing the role of Annie Oakley in “Annie Get Your Gun” in 1966. An avid supporter of the Medicine Hat Cultural Centre, Muriel had a passion for the performing Arts as well as knitting, painting, weaving and needlepoint. After her retirement, she travelled extensively especially to her beloved England. Muriel touched many lives with her vivacious personality, infectious laughter and positive outlook and never missed a chance to have fun with her grandchildren. Muriel was predeceased by her brother, Kenneth Clark in 1966; and second husband, Manual (Manny) Raber in 2012. The Funeral Service will be held in SAAMIS MEMORIAL FUNERAL CHAPEL, #1 Dunmore Road SE, on Wednesday, July 17th, 2013 at 11:00 a.m. with Dr. David J. Carter officiating. Interment will follow at Hillside Cemetery. Memorial gifts in Muriel’s memory may be made to the Charity of One’s Choice. Condolences may be sent through www.saamis.com or www.gonebutnotforgotten.ca or to condolences@saamis.com subject heading Muriel Raber. Radio funeral announcement can be heard on Tuesday around 12:35 p.m. on 93.7 Praise FM. Funeral arrangements are entrusted to SAAMIS MEMORIAL FUNERAL CHAPEL AND CREMATORIUM, “The Chapel in the Park”, locally owned and directed. Should you wish any additional information, please telephone (403)528-2599

No Condolences for “MURIEL RABER”