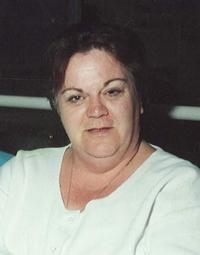 Judith Anne Forsythe passed away on Thursday, July 11th, 2013 at the age of 59 years. Judy, as she was known to family, Jude to friends and co-workers, leaves to cherish her memory her son, Malcolm Grant; her three grandchildren of whom she was so proud, Jaidene, Lauren, and Brennen; her brother, Dan (Donna); her niece, Shelly (Shawn) and their children, Shad and Zander; her nephews, Aaron and Joel; and her little white dog, Thelma; as well as her Riverview family. Judy was predeceased by her mom, Edna in 2012; and her dad, George in 1998. Judy was born in Vancouver, BC on July 25th, 1953. As a child she moved with her family from Vancouver to Edmonton and then to Grande Prairie where she started school. She then moved to Burstall, Hilda and finally, Medicine Hat. This was home to her family. Judy’s working career started at the Shell Travel Inn restaurant. She also worked for a Call Centre answering phones, at Suffield in the kitchens and the DRES Club, and at Deluxe Cabs as a dispatcher. Finally, she became employed at Central Park Lodge (now Riverview). This is where she found her niche being a people person. She achieved her Nurse’s Aide and HCA (health care aide) certificates and was working in the recreation department at the time of her stroke. She was very proud to have recently received her 25-year pin from the Riverview staff. The family wishes to thank Riverview staff/friends for the excellent care and attention Judy received from everyone. Daily visits, encouragement and time spent going on/off shift certainly made a difference over the past six months. Any visit was encouraging to her, especially Barb, Debbie, Celeste, Carol and Lena to name just a few, though there are many more. As a family we wish to thank you all for your friendship and care Judy received before and during her time of illness. A job well done people, be proud of yourselves. Judy was a member of Eastern Star along with her mom. She was a single mom who was grateful for the support she received over the years from her parents, Edna and George. Judy’s family requests donations in her memory be made to the Medicine Hat and District Food Bank, 532 South Railway Street SE, Medicine Hat, Alberta, T1A 2V6, which supports many single families; or to the charity of one’s choice. The Graveside Service will be held in HILLSIDE CEMETERY, 10th Avenue & Gershaw Drive SW, on Saturday, July 27th, 2013 at 11:00 a.m. with Reverend Leroy Angle officiating. Those wishing to attend the Graveside Service are asked to meet inside the cemetery gates at 10:45 a.m. Condolences may be sent through www.saamis.com or www.gonebutnotforgotten.ca or to condolences@saamis.com subject heading Judy Forsythe. Funeral arrangements are entrusted to SAAMIS MEMORIAL FUNERAL CHAPEL AND CREMATORIUM, “The Chapel in the Park”, locally owned and directed. Should you wish any additional information, please telephone (403)528-2599