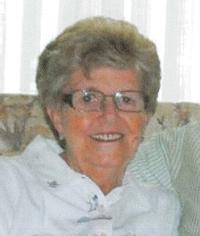 Doreen Eleanor Hicken passed way after a lengthy illness on Saturday, August 17th, 2013 at the age of 74, beloved wife of Robert “Bob” Hicken of Medicine Hat. She also leaves to cherish her memory three children, Shirley, Carol and Lynn; eight grandchildren, Tyrel, Kristi, Ryan, Kaley, Amanda, Cesar, Melanie and Melissa; four great grandchildren, Tawnie, Thomas, Corbin and Emma; one brother, Joe (Ruby) Foster; as well as numerous nieces, nephews and friends. She was predeceased by her parents, Harry and Doris McQueen. Doreen was born in Calgary on March 3rd, 1939 and lived there until May 24th, 1958 when she wed Robert Hicken. They started their married life in Ralston where they lived for 40 years. They then moved to Medicine Hat. Doreen worked for a few years at Batus and then from 1974 to 2002 at Defence Research Establishment Suffield for 28 years. Those wishing to pay their respects may do so at SAAMIS MEMORIAL FUNERAL CHAPEL, #1 Dunmore Road SE, on Thursday, August 22nd, 2013 from 7:00 p.m. until 9:00 p.m. The Funeral Service will be held in ST. BARNABAS ANGLICAN CHURCH, 635 – 4th Street SE, on Friday, August 23rd, 2013 at 1:00 p.m. with The Reverend Canon D. Gene Packwood officiating. A private family interment will follow in the Family Plot at Saamis Prairie View Cemetery. Memorial gifts in Doreen’s memory may be made to the Kidney Foundation of Canada, 6007 – 1A Street SW, Calgary, Alberta, T2H 0G5 or to the Alberta Heart & Stroke Foundation, 124, 430 – 6th Avenue SE, Medicine Hat, Alberta, T1A 2S8. Condolences may be sent through www.saamis.com or www.gonebutnotforgotten.ca or to condolences@saamis.com subject heading Doreen Hicken. Radio funeral announcement can be heard on Thursday around 12:35 p.m. on 93.7 Praise FM. Funeral arrangements are entrusted to SAAMIS MEMORIAL FUNERAL CHAPEL AND CREMATORIUM, “The Chapel in the Park”, locally owned and directed. Should you wish any additional information, please telephone (403)528-2599