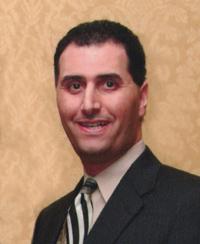 Carey Don Gader passed away Thursday August 22nd, at the age of 47; beloved husband to Shelly Gader, and loving father of Morgan and Haley. Carey also leaves to cherish his memory; his parents, Fred and Faye; two brothers, Gary and Larry; two sisters, Diana (Don) and Lori (Don), and their families; Shelly’s mother, Betty, sisters Debbie and Aylene (Ivor); brothers, Duane (Joan) and Alvin and their families. Carey was predeceased by his grandparents and his father-in-law, Harold Olson. Carey was the youngest son of Fred and Faye. He was born in Vanguard, Saskatchewan but spent most of his young life in Swift Current. He played basketball, badminton, fastball and many other sports. Carey was known and respected for his vast knowledge and his quick mind. After graduating from high school, Carey attended the University of Saskatoon where he received his Bachelor of Commerce degree. He began his career with Xerox in the city of Lloydminster and eventually moved to Camrose. Carey left Xerox to return to Saskatoon where he worked for a medical supply company. Xerox called once more and Carey moved to Medicine Hat in 1994 to take over the Xerox agency. In 1990 Carey met Shelly at a basketball tournament in Provost. Five years later they were married and they began their life together. Blessed with the gift of their two daughters, Morgan and Haley, Carey raised his children to have a strong faith in God, respect for others and to keep true to their beliefs and morals. Taking care, and supporting his family, they were able to travel a lot, with some of the best memories being made in Disneyland, Hawaii and Las Vegas. Graced by loving family and friends, his life was filled with love and compassion. Family and friends will gather at Warren’s Funeral Home in Swift Current on Tuesday, August 27 from 1:00-2:00 p.m. for the viewing with interment to follow at Memory Gardens. Carey’s memorial service to celebrate Carey’s life will be held in Medicine Hat, where he resided with Shelly, Morgan and Haley, on Wednesday, August 28. All family and friends are invited to attend the service at River Park Church, 503A Allowance Ave. SE, at 1:00 p.m. As an expression of sympathy, Carey requested you remember him with a consideration of a donation to the “Gader Family Trust” (a fund set up for his daughters’ education c/o RBC Crestwood Branch, 2901 13th Ave. SE, Medicine Hat. Warren’s Funeral Home in care of arrangements. For further information please call 306-773-8831 or 1-800-267-6606 or visit our website at www.warrensfuneralhome.com and express your sympathy to the family in our book of condolence.